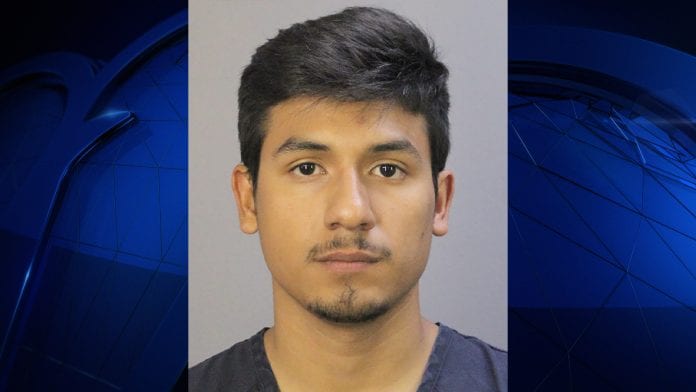 A karate instructor is accused of kissing a 12-year-old girl, who was his student, on the lips, then asking her to keep it a secret.

Jonathan Vega, 22, was arrested Tuesday on charges of lewd and lascivious behavior.

Pembroke Pines police said Vega confessed to kissing the girl when confronted about the allegation.

According to an arrest affidavit, Vega was an instructor at Premier Martial Arts, where the girl was a student.

Police said Vega initially denied the incident, but he later admitted to kissing her and said he asked her to change his contact name on her cellphone so that her parents didn’t know they were communicating.

According to the report, Vega told police that he “is attracted to children and that he doesn’t trust himself around children.”

“He advised that he doesn’t seek out children and that it just happens,” the report said.

Police said Vega confessed that he “may not have the strength to resist another child.”

Police said that Vega told detectives that he had another inappropriate relationship with a 14-year-old when he was 18 and that matter was resolved within the families.

Bond was set for Vega at $50,000. He was ordered by a judge not to have any contact with the victim or any other child.

“You cannot go back to your job at that karate studio,” the judge said. . “You cannot be within 500 feet of where children might be.”