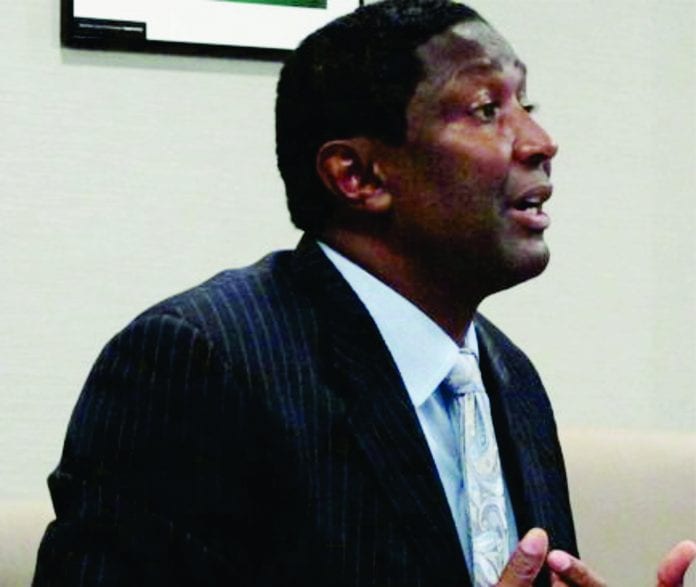 Commissioner Dale Holness, who won the August 30 Primary Election for Broward County Commission District 9, cautions voters not to take the election of candidates who they have elected to represent them in public office for granted.

He said although he’s grateful to the thousands of voters who voted for him in a very close race over his rival Senator Chris Smith, he was nonetheless disappointed at the low turnout of voters.
According to the Broward Supervisor of Elections, only 16.57 percent of eligible voters voted in the Primary Elections from the time early voting commenced in Broward County on August 20 to Election Day.
“It’s not easy to win any election if the voters don’t show up,” Holness, a Caribbean-American, said. “Candidates cannot even depend on their so-called voter base. People said I would have been reelected convincingly because District 9, which I have represented since 2010, has a strong Caribbean-American voter base; however, this wasn’t so. Many residents in the Caribbean community aren’t even registered voters, despite being eligible to register. Furthermore, a high percentage of those who are registered didn’t vote. I won because of a coalition of Caribbean, African-American and other voters.”
Holness urges voters to be more responsible in turning out to vote in November’s general elections. “Although Broward County, and South Florida in general, is considered a strong Democratic Party base, it cannot be taken for granted that Democratic presidential candidate Hillary Clinton will win in November if this base doesn’t vote.” He’s concerned with polls that appeared earlier this week indicating only 38 percent of registered Democrats nationally were enthusiastic to vote in November, compared to 48 percent of registered Republicans. “For the Democrats to win in November this enthusiasm factor has to increase dramatically. In other words, Democrats must vote, and vote everywhere.”
The Commissioner reiterated his gratitude to voters who voted for his reelection. He also commended Smith for a well-orchestrated campaign. “I wish the Senator well, and really appreciated him calling to congratulate me on election night.”
With the Primary Election behind him, Holness says he’s focusing on continuing to serve Broward County, although he still, according to the Broward Supervisor of Election’s election information, faces an election challenge on November 8 from Write-In candidates Janet M. Burnett and Devon Bush.
“My current mission is to seek the economic development of the district’s and the county’s small business sector. With this in mind, I am working with the Lauderhill Chamber of Commerce in planning the Resource and Business Empowerment Breakfast on Oct 7 at the Lauderhill Performing Arts Center. The objective here is to help small businesses with technical assistance, pathways to business liaison with the county and larger businesses, and assist these small businesses to have access to funding sources.”
He’s also pursuing the mission for Broward county to be a major international trade hub. He is actively involved with plans for the second annual Florida International Trade and Cultural Exposition, scheduled to be held on October 19 and 20.
“Last year’s expo brought into focus Broward’s strategic position, with its major international air and sea port, as an international trading hub in South Florida.This offers tremendous potential for the region’s businesses in trading with the rest of the US, the Caribbean and Latin America. The county has to ensure it realistically develops this potential. This year’s Expo will seek to continue that development.”

Common Reporting Standard to be Introduced in Jamaica to Combat Tax...