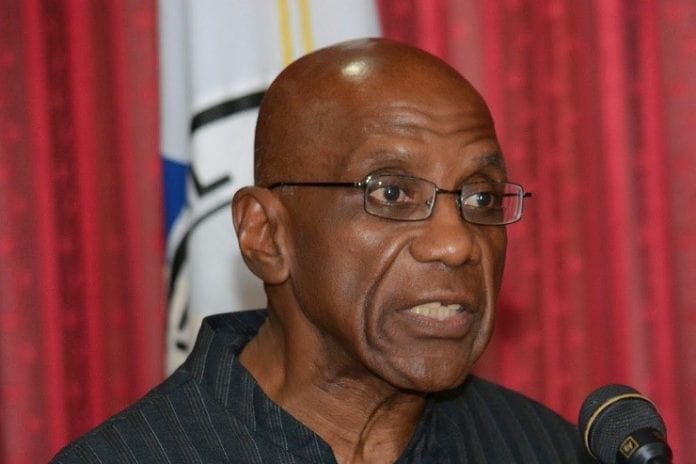 BRIDGETOWN, Barbados, CMC – A former central bank governor is calling for Caribbean countries to give up their individual currencies and adopt the United States dollar.

Dr. DeLeslie Worrell, the former governor of the Central bank of Barbados, told a conference organized by the Sir Arthur Lewis Institute of Social and Economic Studies (SALISES) earlier this week that switching to the US currency would essentially eliminate the threat of domestic currency depreciation and with it, the resulting possible disruptions to economic stability.

He said there was no time like the present to switch to US currency, noting that the process is not as difficult as some people may imagine.

Worrell suggested a two-prong process, which involves physically purchasing US notes and coins as well as digital frameworks.

“The local currencies can be entirely redeemed by the Central Bank by purchasing and importing US currency notes and coins using their existing foreign reserve balances. Central banks and monetary authorities in the Caribbean all have foreign reserves sufficient to purchase US notes and coins to replace the full issue of local currency at the prevailing exchange rate,” he said, adding that most Caribbean Community (CARICOM) countries  have the requisite foreign reserves to facilitate the recommended dollarization process.

There has been widespread speculation here that the Barbados dollar could be devalued and in his presentation, Worrell addressed the situation.

“The threat of devaluation also leads to capital flight as businesses and wealthy individuals switch to the US dollar value system,” said Worrell, arguing that the recurring threat of domestic currency depreciation also widens the disparity in income distribution.