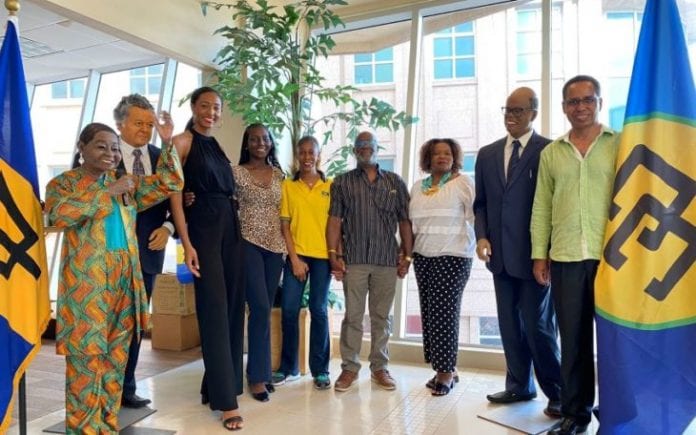 The role played by the Caribbean Community (CARICOM), in shaping and sustaining the region has been lauded with the unveiling of six wax figures of eminent Caribbean people on Saturday, during a special ceremony to mark CARICOM Day, at the Caribbean Wax Museum in Barbados.

In his remarks at the unveiling ceremony, Barbados’ Ambassador to CARICOM, David Comissiong, described the exhibition as one of “the most unique CARICOM Day celebrations there has ever been”, adding “ I don’t know if any member state has ever celebrated CARICOM Day with a wax statue exhibition”.

Giving his perspective of what was needed for the region’s growth, he said: “The future of CARICOM and our regional integration movement really belongs to our young people. It is very important that we celebrate CARICOM at this time. If we ever wondered whether the Caribbean people needed CARICOM, then we should have no doubt whatsoever after the events of the past year and a half.

“In fact, now more than ever do we need our Caribbean integration movement. It seems that we are receiving challenge after challenge…. The public health crisis of COVID 19; the economic crisis that it has brought, then recently we were faced with the [ash fall from the La Soufriere volcano in St Vincent. A couple [of] weeks ago Barbados was hit by this freak storm, and then just yesterday (Friday), Hurricane Elsa.”

She explained that with more threats, such as climate change and others, it was imperative for CARICOM nations to “lean on one another, if we have a chance at all of overcoming them”.

“We have a lot to be proud of and sharing our ideas, news and perspectives about the region is an excellent way to encourage our less enthusiastic friends and family to become more engaged. For CARICOM Day and the foreseeable future, my hope is that CARICOM occupies a greater part of our consciousness and becomes an integral part of our identity,” she said.

The region marked its 48th anniversary on July 4, CARICOM Day.