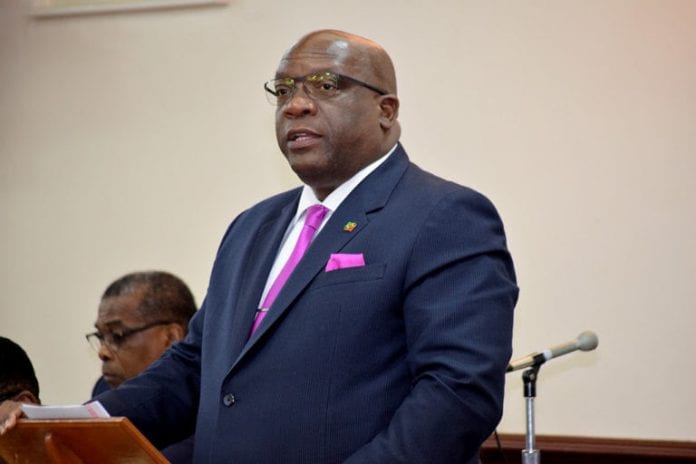 BASSETERRE, St. Kitts – With the suite of legislation passed in the Federal Parliament on Wednesday, February 12, the Government of St. Kitts and Nevis demonstrated its foresight and willingness to embrace the ever-changing views of the 21st century.

The majority of those Bills are also designed to help set the foundation for ushering in a thriving and well-managed cannabis industry here in St. Kitts and Nevis, primarily for the benefit of nationals.

In wrapping up the debate on the Cannabis Bill, 2020, Prime Minister and Minister of National Security, Dr. the Honourable Timothy Harris said, “Here it is that St. Kitts and Nevis is moving ahead in bringing a legislation to deal with the creation of a new industry. This bill is drawing on the wealth of international and regional experience to create legislation that can withstand the test of time and stand the test of international scrutiny.”

The prime minister continued by saying that under the Team Unity administration the country is heading in the right direction and that his Government will continue to do what’s right for the people of St. Kitts and Nevis.

“This piece of legislation is what’s right for the people of St. Kitts and Nevis. The benefits will come in the built out of a new industry demanding new jobs for our people, providing opportunities for our young people with an interest in science, in technology, in engineering, in mathematics and other sciences including agriculture, to have opportunities for participation,” Dr. Harris added.

Meanwhile, Attorney General, the Honourable Vincent Byron, who was the mover of Criminal Records (Rehabilitation of Offenders) (Amendment) Bill, 2019, indicated that these forward-moving legislation in this direction by the Team Unity administration came after several years of exhaustive research and consultations.

“This began in 2017…and a blue ribbon commission has driven us to look at what has been happening in our country, to understand how people—all people understand that we have to move in a certain direction and to embrace, as it was, the new mores that are evolving in our country and across the globe. At the same time, Mr. Speaker, we have understood that we have to be careful about our international obligations,” the Attorney General said.