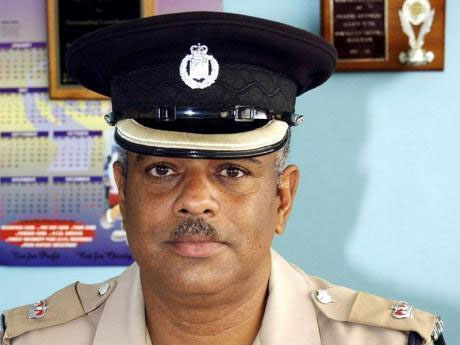 In the wake of a soaring crime rate that has led to the murder tally in Jamaica surpassing the 1,300 mark, to date, the Jamaican Police High Command has announced changes in the senior ranks of the Jamaica Constabulary Force (JCF).

Earlier this week, Police Commissioner George Quallo said several divisional commanders will be transferred in November including Senior Superintendent Marlon Nesbeth, who is stationed in the western parish of St. James.

Nesbeth will be transferred to the Border and Security Branch of the JCF. He will be replaced by Senior Superintendent Wilfred Campbell, who now heads the Kingston Central Police Division.

St. James is the hotbed for crime, having recorded 248 murders since January.

According to Nesbeth, the government’s latest initiative to stem the crime wave – the Zone of Special Operations (ZOSO) – that was implemented in Mount Salem in the parish, has not prevented the blood-letting in surrounding areas.

The objective of the operation that stemmed from an Act passed in Parliament earlier this year, is to contain crime and gives the Prime Minister power to implement the initiative in consultation with the National Security Council.

More than 240 people have been murdered in St. James since January 1 and last week – 13 persons were murdered in the parish.

Crime in St. James is followed by the parishes of Westmoreland and Clarendon, while in the Corporate Area the divisions of St. Andrew South, Kingston Western top the list and in St. Catherine, the most volatile areas are St. Catherine North and South.

When compared to the similar period last year, there has been a 26 percent hike in murders.

In addition to transferring Nesbeth, the Police Commissioner says seven other commanders will be relocated.

The changes take effect on November 10.

Meanwhile, the opposition People’s National Party (PNP), has weighed in on the country’s murder rate, stating that the increase emphasizes the need for the government to set out a more comprehensive crime plan.

On Tuesday, the PNP’s spokesman on National Security, Fitz Jackson said the government’s crime plan is not working.

Jackson, in the meantime, has suggested that the government bring a non-partisan national stakeholder group together to agree on a set of measures to tackle the crisis.

“They must put out an overarching approach where the people of Jamaica is (sic) brought on board so that we, collectively, can seek to deal with the problem,” he asserted.

In one of the most recent incidents a Corporate Area businessman, Dennis Ramdial, was killed outside his business place.

The police report that Ramdial, 70, was standing outside his business place when explosions were heard. It was later discovered that Ramdial was shot. He was rushed to hospital where he died.

His murder comes on the heels of the killing of his son, Richard on July 13. Richard was shot more than a dozen times as he sat in vehicle during rush hour traffic.