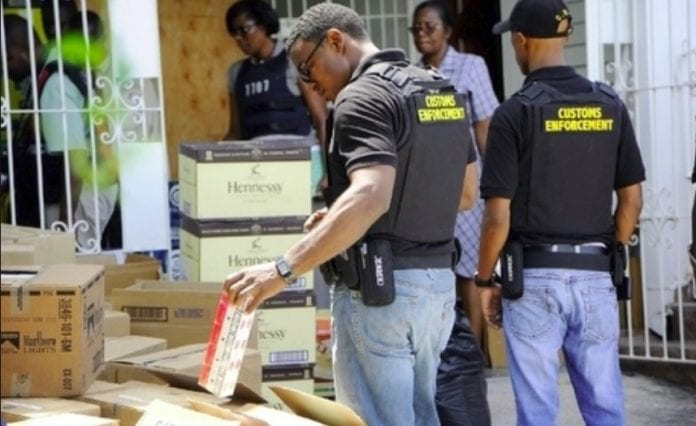 A 22-year-old Jamaican man has been jailed for six years by a Supreme Court judge after he admitted smuggling US$200,000 worth of cocaine into Bermuda.

Dwayne George Watson, from the community of Mavis Bank on the outskirts of Kingston in Jamaica,  was caught at the L.F. Wade International Airport after flying to Bermuda from Jamaica via New York.

On Wednesday, the court heard that Watson was stopped for a random search after he passed through customs and collected a single suitcase on September 1 last year.

It’s reported that customs officers noticed he shook while he answered questions and that the zipper of the suitcase had been shut with zip-ties. Customs officers then drilled into the handle and found white powder inside.

A further search revealed 11 packages of cocaine and cocaine freebase, or crack, hidden in the case’s base, handle and corners.

More than a kilogram of cocaine was found, which prosecutors said had an estimated street value of up to US$200,634.

Watson told police he had agreed to bring cannabis into Bermuda after he struggled to find a job in Jamaica. He said he expected to receive US$3,000 and planned to use the cash to buy a taxi.

Given suitcase in Jamaica

Watson said he was given the suitcase in Jamaica and was shocked to discover later that it contained cocaine.

Crown prosecutor Takiyah Burgess, asking for a sentence of 10 years and six months, told the court Watson knew he was importing drugs, even if he believed the drug was cannabis, but said he deserved credit for an early guilty plea and a previous clean record.

“He was to receive $3,000 for the importation of drugs, a small amount when you consider the untold damage that the cocaine would have had on the Bermuda community had the defendant not been caught,” said Acting Puisne Judge Juan Wolffe.