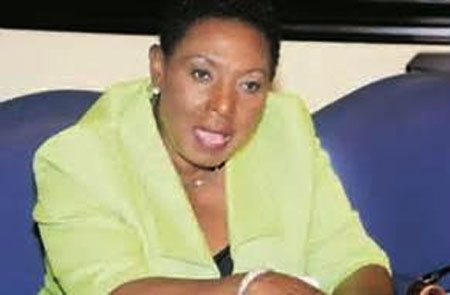 A debate on a Bill to absolve certain National Heroes and their supporters of criminal liability started in Parliament earlier this week. The legislation – the National Heroes and Other Freedom Fighters (Absolution from Criminal Liability in Respect of Specified Events) Act, 2017, was piloted by Culture, Minister, Olivia  “Babsy” Grange.

When passed, National Heroes – Sam Sharpe, George William Gordon, Paul Bogle, and Marcus Mosiah Garvey, as well as their supporters, sympathizers and participants by association, and other freedom fighters, will be absolved of criminal liability arising from their participation in “acts of liberation with moral justification”.

In her remarks, Grange said the objective is to redeem and restore the dignity and integrity of those who suffered much.

“Our ancestors were of a pedigree that was not daunted by challenges, no matter how great they were or how seemingly unsurmountable the obstacles.

They came to Jamaica shackled and belabored, but within their fertile minds dwelt the militant cultures they had fashioned back home in the various tribal forces of the (African) continent,” she stated.

She added that it is the duty of the present generation of Jamaicans, who are inheritors of the new life resulting from the self-sacrifice of our ancestors, to take the bold step and correct the wrongs of the past, and restore the dignity and integrity of the cause for which the nation’s forefathers so willingly died.

“This Bill gives new life to these, our heroes and unsung heroes, and seeks to redress the wrongs and set the captives free,” Grange stated.

In his contribution, Opposition Member of Parliament for Central Kingston, Ronald Thwaites, said the legislation would enable an engagement that is “appropriate and valid in law.”

“When law is wrongly applied it must be corrected. There is a legal as well as a moral imperative to enact. We are the highest court in the land, and it is of great importance that we should do what we are doing,” he said.

Debate on the Bill will continue at the next sitting of the House of Representatives.