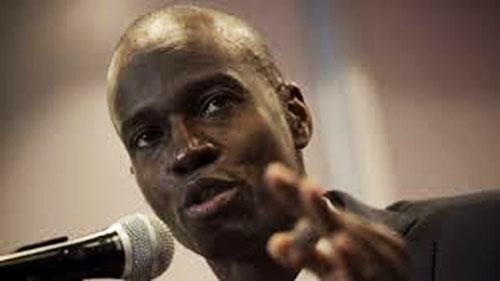 Opposition parties in Haiti have announced the start of four days of demonstrations in support of their calls for President Jovenel Moise to step down from office. Moise has been in office for less than a year, but has been facing strong protests from his countrymen for the past several weeks.

Michel André, one of the spokespersons for the coalition of opposition parties, said that the demonstration against the policies of the Moise administration will not stop despite the arrest over the last weekend of several protestors.

The demonstrations started on Tuesday and were scheduled to continue on Thursday this week, Saturday and next week Tuesday to demand the resignation of Moïse.

Members of the opposition parties, including several politicians, last weekend visited at least 40 demonstrators who were detained by police. They were arrested following yet another day of protest in several provisional towns and the capital city, against the government’s national tax policy contained in the 2018 budget.

André said that opposition parties were calling for the “immediate and unconditional” release of the demonstrators who are being held at the National Penitentiary, calling them political prisoners.

There have been several demonstrations against the measures contained in the budget that has been approved by both houses of Parliament.