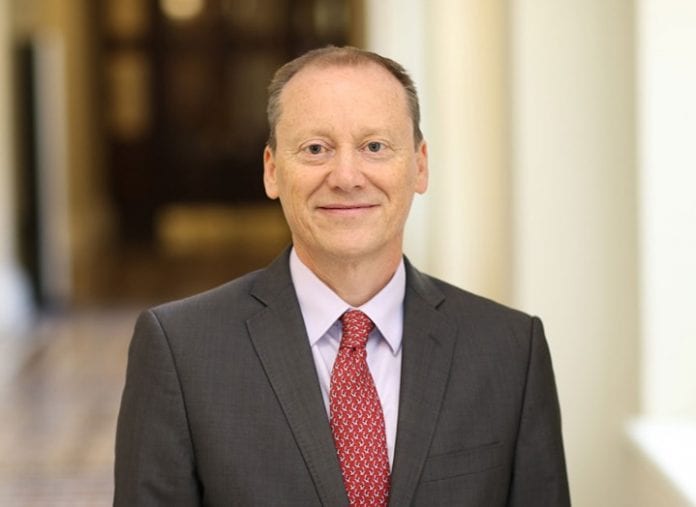 GEORGE TOWN, Cayman Islands, CMC – The Foreign and Commonwealth Office (FCO) in the United Kingdom has confirmed that Martyn Roper who was appointed interim governor in October, will remain as governor of the Cayman Islands for a full four year term.

In a press release, the FCO confirmed Roper’s appointment following a “recruitment competition”.

The Governor said he was thrilled with news of the confirmation.

“Over the next four years I plan to continue my work strengthening ties between the Cayman Islands and the United Kingdom and helping to ensure that the territory continues to flourish. The UK/Cayman relationship remains strong and close collaboration across a range of areas is showing real results. Local talent and knowledge combined with areas of UK expertise is a powerful combination.”

He also noted that ties between Cayman and the U.K. were evidenced  when he joined Premier Alden McLaughlin and a delegation from the Cayman Islands in New York last week, to support the local financial services industry.

The Governor added that his office is coordinating new U.K. involvement in policy areas, including Customs and Border Control, the training of the members of the new Asylum Appeals Tribunal, child safeguarding, work to combat sham marriages and support to the new Coastguard.

“Being appointed Governor creates a unique and special bond with the people of these Islands. I will do my utmost to support our prosperity and security, defending the Cayman Islands’ interests and ensuring its views are fully understood and explained to the UK Government,” he governor said.

Without Neymar, Brazil takes on Switzerland at World Cup