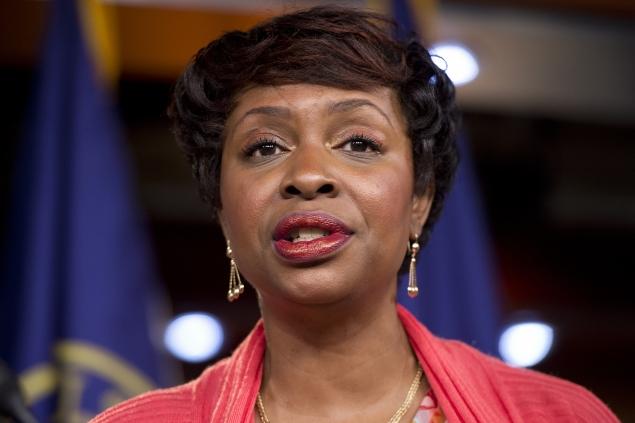 Caribbean American Congresswoman Yvette D. Clarke has introduced the ICE Body Camera Act of 2017 in the United States House of Representatives that would require the Immigration and Customs Enforcement (ICE) agents to wear body cameras during field operations and removal proceedings.

The bill would mandate that ICE develop procedures for training agents and deploying body cameras – including the storage of digital information obtained through the cameras – and would require ICE agents to start wearing body cameras within 18 months.

“As Donald Trump has dramatically expanded the number of undocumented Americans who are a priority for deportation, many immigrants in Brooklyn and across the United States now fear a knock on the door in the middle of the night or checkpoints on their drive home from work,” said Clarke, the daughter of Jamaican immigrants, who represents the 9th Congressional District in Brooklyn, New York.

“These immigrants, as well as advocates, are concerned about the possibility of abuse, particularly when individuals detained by Immigration and Customs Enforcement have only severely limited access to attorneys and to the due process of law,” she added.

“We need to establish procedures that protect their rights.”

The Congresswomen said, in recent years, many law enforcement agencies in the United States have required their officers to wear body cameras, when conducting arrests or interacting with the community in order to increase accountability and build the public’s trust in law enforcement officials.

“The early results are promising,” she said, adding that a study cited by President Obama’s Task Force on 21st Century Policing found that police officers wearing body cameras were involved in 87.5 per cent fewer incidents where force was used, and received 59 percent fewer complaints than police officers who did not wear cameras.

“We should apply this same approach to immigration enforcement.  Immigrants and their families are entitled to respect for their humanity and to the full rights guaranteed under the law. With the ICE Body Camera Act of 2017, we will secure their rights,” she added.