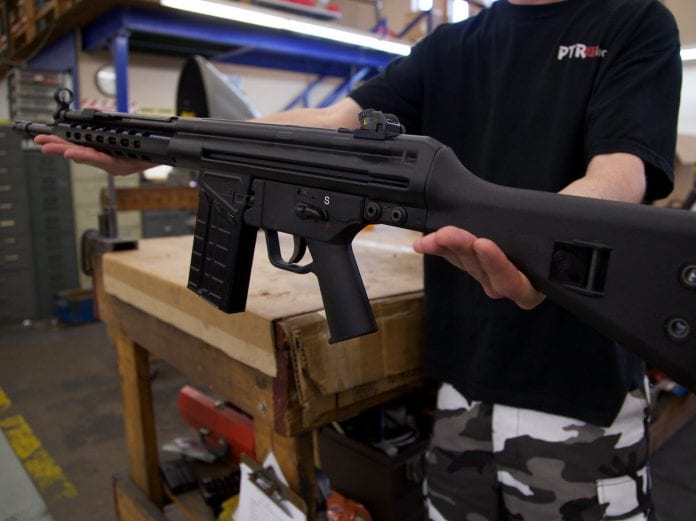 A plan to give investors permission to build a gun assembling plant in the proposed Economic Zone, has been cancelled by Prime Minister Gaston Browne.

The announcement of a cancellation was made on Saturday, just hours after the Prime Minister called Observer Radio confirming that the plan was going ahead and that all of the guns manufactured would be for export.

But following mounting criticism from the public, the Prime Minister called the radio station later in the day saying that the Cabinet had not made a formal decision to establish a gun factory.

“However, an informal undertaking was given to an Italian hand gun manufacturer to establish a hand gun factory in the special economic zone.  This occurred on an occasion while I was off island.  I subsequently heard about it and indicated to the agent of the investor that it was a bad idea,” Browne revealed in a statement on Saturday.

“I was told at the time that the guns would have been manufactured based on international standards and for exportation only.  And that, they would have not been eligible for sale in the domestic market.  At the time, i maintained for various reasons that we should not proceed with the proposed investment.”

“I thought it was a dead issue until yesterday (Friday),” the Prime Minister said adding that “when it was brought to my attention, that a letter was sent to a Minister to expedite the passage of the necessary laws and regulations to expedite the investment.  This request was made despite the fact that the matter never came before the Cabinet for ratification.”

The Prime Minister said that having heard the public sentiments, which were in keeping with his concerns – “I directed the Attorney General to cease any further negotiations or discussions on this proposed investment.”

He said a firm policy decision will be taken at the next Cabinet meeting and communicated to the public.