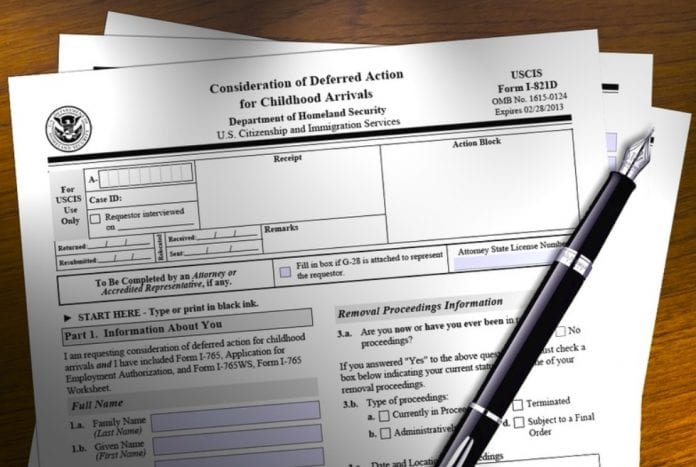 However, this is not a permanent solution, and a federal court could allow President Trump to terminate the program in the future. As a result, Dreamers are advised not to become complacent and leave renewals until the last moment….since the program could be terminated at any time.

This means that DACA renewals should be filed as early as possible, meaning 150 days before the work authorization card expires. USCIS processing of DACA renewals can be slow and those who fail to file early renewals can find themselves with expired work permits, waiting for renewal. This can mean loss of a job and driver’s license in some states

The DACA renewal Fee is $495, which includes both renewed DA status and Work Authorization. Applicants who are over age 31 are still eligible, as long as they were under age 31 when the policy became effective on June 15, 2012 and currently hold DACA status.

Be sure to file your renewal no earlier or later than 150 days from the date your current card expires. If you are representing yourself, fully complete the DACA renewal forms and write “Renewal Request” in large letters on the bottom of each form.