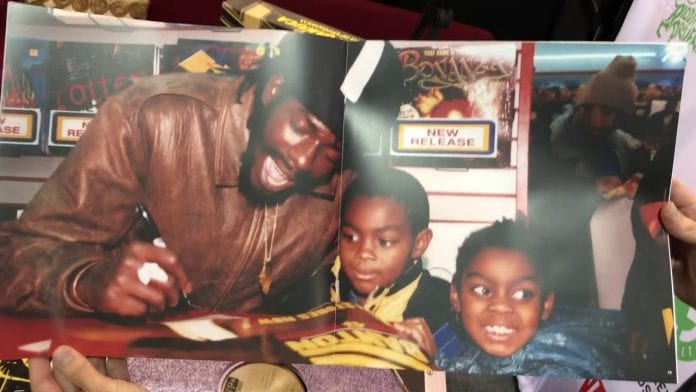 The set contains 94 songs by 101 artists who helped make VP Records, arguably, the leading independent company of its kind in the United States. Several of those songs, including Who Am I and No Letting Go, were sizable pop hits that made VP a solid player in mainstream markets.

The songs on ‘Down in Jamaica’ were compiled by Carter Van Pelt, VP’s Director of Catalog Development. Its four-CD set, four seven-inch vinyl records and four 12-inch vinyl records, are accompanied by a 24-page biography about the company.

“The set doesn’t focus on a particular genre, but covers the types of music that were current in every era, whether it was reggae, dub, dancehall, or hybrid styles or reggae revival, and of course a nod to soca,” Van Pelt explained.

Those genres include lovers rock which is represented by songs like Beres Hammond’s Rockaway, Just One of Those Days (Sizzla) and She’s Royal by Tarrus Riley; roots-reggae by Garnet Silk (Lord Watch Over our Shoulder), Down by The River (Morgan Heritage) and Destiny (Buju Banton); dancehall from Admiral Tibet, Shabba Ranks and Coco Tea (Serious Times), Stop Loving You (Freddie McGregor), Footprints (TOK) and Mavado (On The Rock); George Nooks’ gospel smash, God is Standing By; and soca in the form of Bunji Garlin’s Big Bad Soca.

VP Records was founded in 1979 by the husband-and-wife of Vincent and Pat Chin in 1979. Previously, they operated the successful Randy’s record label and recording studio in their native Jamaica, working with elite artistes such as The Skatalites, The Wailers, Gregory Isaacs and Dennis Brown.

VP evolved from distributing the songs and albums of artists and producers through licensing deals to signing exclusive contracts with them. Those arrangements flourished during the 1990s when the company worked with top Jamaican production houses like Penthouse, Shocking Vibes and Main Street.

Vincent Chin died in 2003, but VP Records continues to thrive with main outlets in Queens and Miramar, Florida.

Former Barbados Cabinet Minister Guilty of Money Laundering in the US

Barbados PM Warns of Attempts to Divide the Caribbean Amid US...