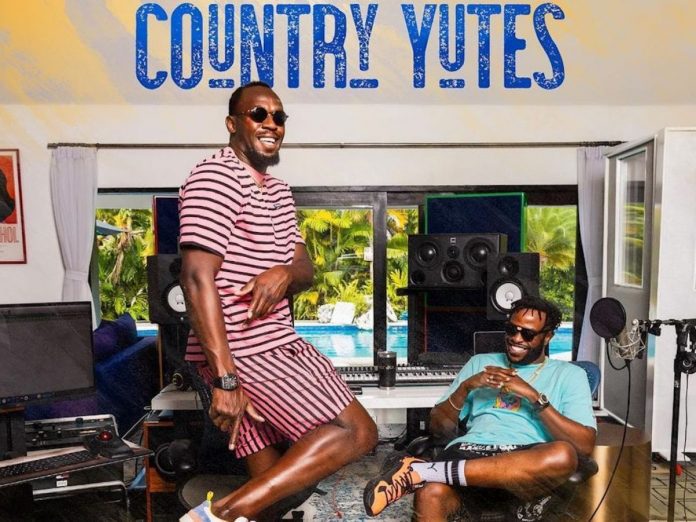 Jamaican Olympic champion Usain Bolt has announced the release date for his debut album alongside his closest friend and manager, NJ.

Usain shared the news of the upcoming album on his Instagram page with a photo of himself and NJ, where he unveiled the artwork for the project titled Country Yutes, with a September 3 release date.

The album will feature 14 tracks, produced by Bolt’s own label, A-Team Lifestyle.

Living the Dream, Say Less, It’s A Party, Need Your Love, and Timing are among the five previously released singles by Bolt and NJ that will be included in the new compilation.

Back in February, the record-breaking track and field sprinter turned music producer said that he will be releasing a Dancehall EP this year, paving the way for him to become a worldwide Dancehall superstar, much like the global legend he has become in athletics.

“We’re just trying to get a foothold, trying to make people understand that we’re not just joking around. We’re serious about music so we’re just going to take our time, just like in track and field, it’s all about work and dedication and just taking our time. We don’t want to rush into anything, make any mistakes, so we are gonna take our time. We will get there. We believe in ourselves, and we believe in the product that we’re putting out there,” he said in an interview on Zip FM radio.

In July 2019, the eight-time Olympic gold medalist made his music debut with the release of his popular riddim, the Olympe Rose Riddim, a version of his own champagne brand, ‘Usain Bolt’s Olympe Rose.’

Usain Bolt stated that he hopes to reach the same level of success in music as he has in sports. As of now, his ultimate ambition is to win a Grammy award.

“Winning a Grammy would be the pinnacle of my career. That is my ultimate goal,” he stated in a June exclusive interview with the World Music Views podcast.

The eight-time Olympic gold medallist has been promoting his new song with NJ, It’s a Party, which is included on the album.