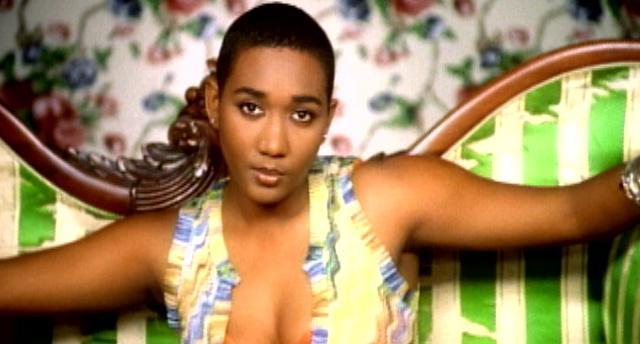 Reggae fusion artist Diana King has a powerful voice and edgy lyrics that definitely separates her from the rest of the pack. On Sunday November 8,  King celebrated her 45th birthday. As she celebrates, join us as we take a look back at Kingsinga’s (as she is called by her fans) top 5 songs of all time.

Written for the movie Bad Boys starring Will Smith and Martin Lawrence, the club hit Shy Guy became an instant hit in Jamaica and received charting success worldwide. The song made it to number 43 of the Billboard Hot 100 and number 25 on the Australian Singles Chart.

Originally recorded by Dionne Warwick in 1967, King struck cold with her reggae-style cover version of the single which was featured on the soundtrack to 1997 film, My Best Friend’s Wedding.

Released off her second album, Tougher than Love, Treat her like a Lady sends a positive message of respect which gained the attention of American singer Celine Dion. Dion covered the song in 1997 for her album Let’s Talk About Love and released it as a single in 1999. Dion’s version reached top forty in the United Kingdom, Ireland and Austria.

In 1995, King did a reggae cover version for Chaka Khan’s Aint Nobody which reached number 95 on the Billboard Hot 100, number 13 on the UK Singles Chart No. 4 and number 4 on the Billboard’s Dance Chart.

King choose Bounty Killer to accompany her on this single, and if you ask us, she couldn’t have chosen anyone better. Bounty Killer’s deep voice along with King’s powerful voice made this a hit among the ladies in the 90s.