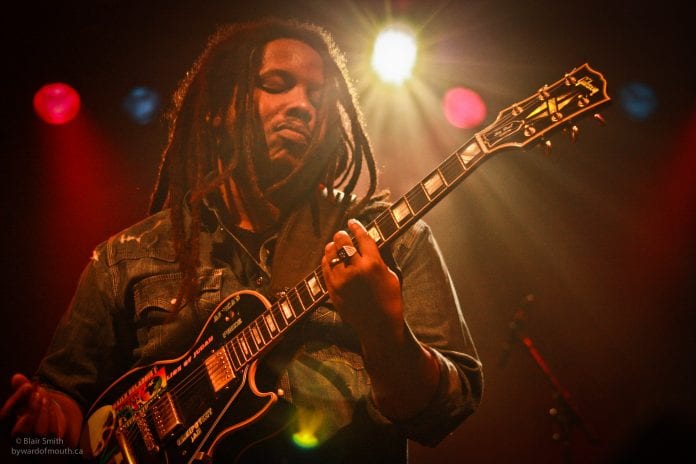 Stephen Marley’s Revelation Part II: The Fruit of Life, is holding tight just below the peak spot from last week. It is at number two on the Billboard Reggae Albums Chart this week as it was the week before.

Fruit of Life, has been holding the number one spot before in its 12 weeks on the chart. This time around, though, the top spot is occupied by Falling Into Place, which vaulted over Marley’s set after being at number three last week. Stephen and Ziggy are the two ‘holding down the fort’ in regards to a Jamaican presence on the top 10 of the Billboard Reggae Albums charts lately. Dropping back out of the listing is Vybz Kartel’s King of the Dancehall, which had popped up on the end of the top 10 last week. Also no longer on the chart is Reggae Gold 2016, which hung around in the lower half of the top 10 for a few weeks.