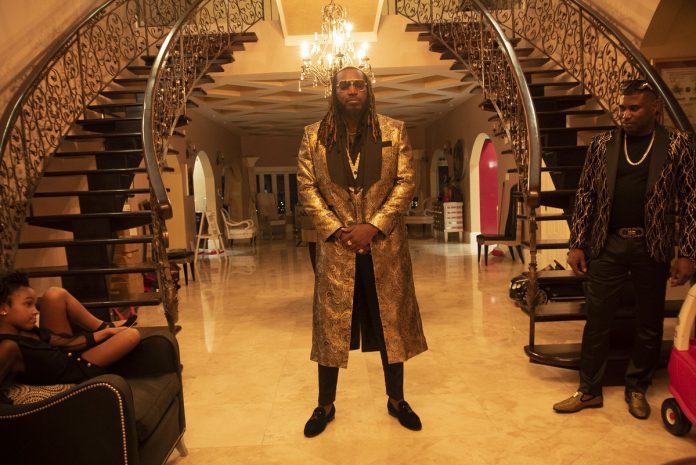 World-renowned West Indian cricketer, Chris Gayle, celebrated his 43rd birthday in all-inclusive fine style with fans and members of the entertainment community at his hillside mansion in St Andrew Jamaica last Saturday night. The event, 40 Shades of Gayle 2.0, played on the provocative 50 Shades of Grey movie theme, outfitted with a stripper pole and bondage entrance décor.

The international athlete and newly minted recording artiste also took the opportunity to flex his muscles of philanthropy by donating all proceeds of the event to his charity under his CH Gayle Foundation. The foundation will again be hosting the Treat of The Century this Christmas as well as supporting the Lucas Cricket Club in his childhood community in Rollington Town, Kingston.

40 Shades of Gayle proved to also be a blend of cultures, living up to Chris Gayle’s Universe Boss moniker, patrons at the event were from Jamaica, India, United States and as far as Dubai, also in attendance was Chris’s 92-year-old proud and supportive father, Dudley Gayle. The event featured music from ace Jamaican selectors Supa Hype, Johnny Kool and Kurt Riley as well as a signature performance from dominant dancehall Deejay Mascika.

Chris also mentioned that he will be returning to cricket later this year but has placed priority on his musical career and expanding his Triple Century Records label with new music and signing artistes to that label soon.