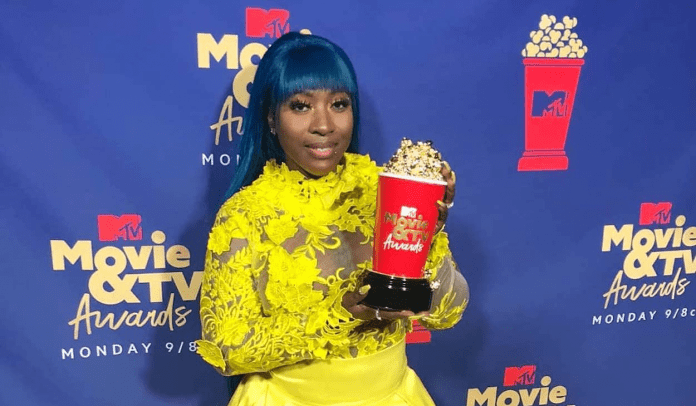 SANTA MONICA, California – Dancehall artiste Spice has been crowned “Reality Royalty” after being presented with the award at the 2019 MTV Movie and TV Awards.

The prestigious ceremony, which aired on June 17, has an annual award show to celebrate the best on-screen work of the last year.

Spice’s win came courtesy of her role in Love & Hip Hop Atlanta, as the Vh1 hit show was crowned Reality Royalty. Love & Hip Hop: Atlanta taking the trophy ahead of The Bachelor, Jersey Shore, Vanderpump Rules and The Challenge.

The cast, including Spice, Lil Scrappy, Bambi and Karlie Redd were present to accept the award.

Spice, real name Grace Hamilton, is an accomplished dancehall artist, having been in the Dancehall industry for over 20 years, but has been vocal about the challenges she has faced in trying to reach an international audience.

In 2018, Spice joined the cast of VH1’s popular reality-drama TV show Love & Hip Hop: Atlanta. While many Jamaicans accused her of “selling out”, the television show gave her a larger platform to showcase her talent.

In November 2018, she released her first full-length mixtape titled Captured. The mixtape, with its controversial lead single “Black Hypocrisy”, debuted at number one on the Billboard Reggae Albums chart.