The curtains came down on Best of the Best 2021 with the spiciest performance of the night coming from female dancehall powerhouse Grace Latoya Hamilton, AKA Spice.  Dressed in a butterfly costume, Spice minced no words, took no prisoners, and delivered her “Gaza” styled lyrics to a very vociferous crowd.  Her dancers were just as raunchy, delivering dance moves with acrobatic skills that kept the pulse of the audience racing.  Spice was amazing with her stage performance as well, and as is customary, pulled a male fan on stage to demonstrate her sexually suggestive lyrics.

Thousands of Caribbean immigrants and lovers of Reggae, Dancehall, and Soca music jammed the Bay Front Park grounds in Miami on Sunday, to soak in six hours of pulsating rhythms and live entertainment at the 15th staging of Best of the Best Concert.  Apart from the absence of Koffee who allegedly missed the show because of Covid, the crowd certainly got their monies worth. Scheduled to start at 3 pm, the first entertainer did not grace the stage until about 4:30 pm, but from there on it was nonstop rocking, jumping, and gyrating to loud Caribbean music.  From all indications the show was a success.  The promoters had earlier indicated that the show was a sellout, and there were very few spots on the ground to prove otherwise.

A true Caribbean affair, national flags were plenty, as patrons waved and danced to their favorite songs.   MC Jabba was at his best, as he kept the crowd engaged and entertained with the help of his DJs. The first segment was dedicated to Soca music and the performers did not disappoint.  Problem Child, Farmer Nappy, Lyrical, Bunji Garlin and Skinny Fabulous were at their best, as Soca lovers jumped and gyrated nonstop.  When Soca queen Allison Hinds touched the stage at around 6:30 pm she infused an infectious excitement in the already ‘unruly’ crowd.  Her skin-tight pants suit and flexible hips gave her command of the crowd, as she teased and displayed her indiscriminate ability to rotate her hips.

Kicking off the Reggae section was veteran DJ Lady G.  The ‘Nuff Respect’ and ‘Legal Rights’ hit maker, reminded the crowd why she was at the top of the dancehall table at her peak.  She performed with her two daughters and introduce the crowd to some new renditions.

There is hardly a Reggae concert without a Marley.  This year’s Best of the Best concert was no different.  Representing Reggae music’s biggest name was Jo Mersa Marley, the grandson of the legendary Bob Marley and son of Stephen.  He and his brother Yohan kept the crowd rocking to songs of his grandfather and a few of their own.

By this time the crowd was well primed for ‘Superman’ Taurus Riley.   Teaming up with saxophonist Dean Fraser, he pleased the Caribbean crowd with song after song.  His ‘She’s Royal’ serenading performance to Allison Hinds made his stint special and got him a crowd favorite medal.

Tanya Stephens was her usual ‘Unapologetic’ self, belting out the crowd’s favorite classics with lessons for both the men and women in the audience.  An overzealous Ding Dong and his entourage took the stage a little after 9 pm and gave an electrifying performance.  By far he was the most engaging artist.  He and his crew walked off the stage and interacted with the crowd like no other, waving Jamaican flags while moving tables and chairs in their way.  The self-professed “madman,” at one time was sitting atop the barrier fencing that separated the VIPs from the general admission audience, while keeping the rapt attention of the crowd.

All in all, Best of the Best lived up to its name.  It was five months late, but the wait was well worth it. 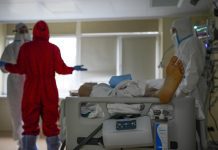