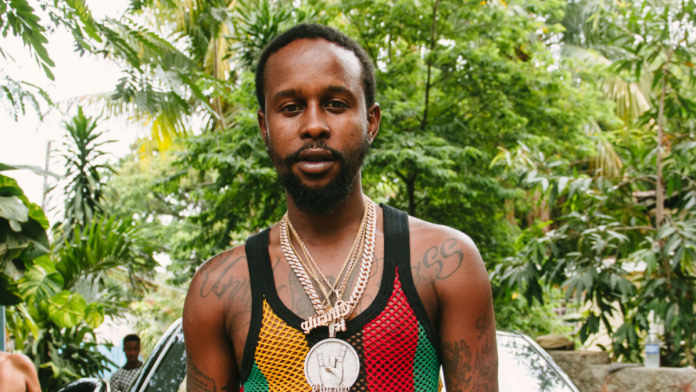 The Jeezy-directed music video has garnered just over 500,000 views on the streaming platform since its release.

The emotionally inducing verses start off with these lyrics: “Pressures of life, mek some youth give up pon the battlefield, dem nuh wah hold it and fight.” Citing the truth to many people who are easily frustrated when things don’t go as planned. In the same breath, he sings of God sending him an angel to show him the way out, just as the beat drops to a drum-laden, hip-hop-fused, dancehall melody.

A tone of reflection is oozed from the lyrics as the deejay sings of his only competition is in the mirror.

Dressed in a casual all-white ensemble, bedazzled jewels and the proverbial ‘spliff’ in hand with friends by his side; Popcaan’s maturity is evident, yet still, very much ‘Unruly’.