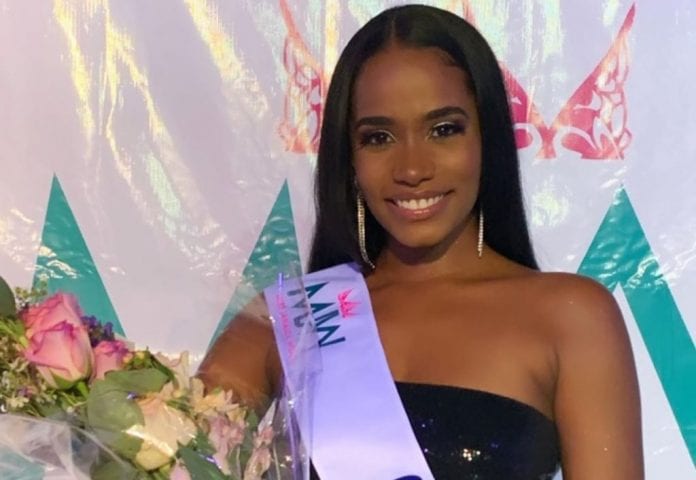 KINGSTON, Jamaica – As if being crowned Miss World 2019 wasn’t enough for Jamaican-born Toni-Ann Singh, the dynamic 23-year-old can now add “Recording Artist” to her list of titles.

Singh’s first official single, a rendition of Whitney Houston’s “I Have Nothing” was released on December 21 following her “Welcome Home” Press Conference in Jamaica. The single was released through the Beauty With A Purpose Organization, the charitable arm of Miss World.

The rendition of the classic Whitney Houston single is the same cover that secured her a place in the top 40 of the Miss World competition on December 14. By winning the talent competition and further impressing judges during the question and answer round, Singh advanced to the final round where she was the clear favourite to take home the crown.

Following her win, host Piers Morgan asked if she would ever consider a career in music, and Singh replied, “if the door is open, I’ll walk through it”.

Music has always been part of Toni-Ann’s life. As a child, she was part of the choir at the Andrew’s Memorial Seventh Day Adventist Church in Kingston and a regular talent on the local children’s Christian program, Kids Time Praise.

She also took piano lessons and studied classical music as a child; and according to her cousin, in her teens, Singh reportedly released two gospel albums.

All proceeds from Toni-Ann’s single will go Beauty With A Purpose’s charity projects.

Toni-Ann Singh is the Jamaican to win Miss World. The other three are Carole Crawford, Cindy Breakspear and Lisa Hanna who won the crown in 1963, 1976 and 1993 respectively.

Listen to her charity single below: