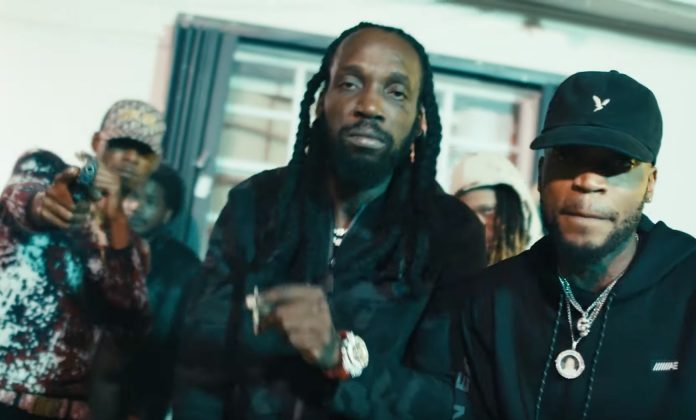 The production comes courtesy of Billboard-charting producer Troyton Rami of Black Shadow Records, who co-wrote and produced Sean Paul’s breakthrough song, Gimme The Light, from his Grammy-winning album Dutty Rock. The video’s direction was also done by the multi-functioning musician, who had this to say about working with the two artists.

“Mavado is an artist that brings the video to life with his energy. He has a powerful effect on the camera.” He also shared with CNW Network that; “IWaata was like he’s in front of an audience performing on stage, it was easy to make it all come together.”

Shot in Miami’s inner-city of Overtown, the viewer is welcomed with a scene of a man opening the trunk of a vehicle, which shows another man tied up and gagged, before he is hauled from the trunk. After the man tries to escape, IWaata deejays these lyrics, “Attack dem like a 90’s criminal, body decompose nah get funeral, rapid up eh glock inna yuh face then me kill yuh gyal”.

The now free man desperately runs for his life, but soon after, in what is depicted as Mavado’s gangsters, mercilessly fires shots at him, chases him down then ends his life without mercy.

Watch the trending premiere of “Ready Fi Dem” below: