The anniversary of both her birth and death are in November, and to celebrate the achievements of this amazing woman, who is also buried in Pompano Beach, The Rock Road Restoration Historical Group will present a special exhibit at The Historic Ali Cultural Arts Center (www.aliarts.org).

The award-winning actress still has a family home on NW 3rd Avenue, which has since been renamed in her honor.

“We are honored that Hazel Armbrister, a Pompano Beach historian, along with Ms. Rolle’s family members, Janice Rolle and Carter Allen, have coordinated this inspiring exhibit,” said Cherolyn Davis, director of programs and facilities. “Pompano Beach is very proud of all of the accomplishments Esther Rolle achieved during her illustrious career.”

“We look forward to celebrating Esther Rolle’s legacy through this photographic exhibit and introducing her impact to a new generation,” continued Davis.

Rolle was the 10th of 18 children. An older sister, Estelle Evans, also an actress, memorably played Calpurnia in the film version of Harper Lee’s To Kill a Mockingbird (1962).

After graduating from high school, Rolle pursued an acting career in New York where she became one of the early members of the Negro Ensemble Company.

In 1964 she made her film debut in Nothing But a Man, and her Broadway debut in James Baldwin’s Blues for Mr. Charlie. The following year she appeared in another Broadway play by Baldwin, The Amen Corner. Other important stage appearances included Lady Macbeth in an off-Broadway version of Macbeth (1977), and as the matriarch Lena Younger in A Raisin in the Sun (1987). Later film appearances included Cleopatra Jones (1973) and Driving Miss Daisy (1989). Her final film appearance was in Down in the Delta, directed by Maya Angelou.

In 1971 Rolle started her television career with regular appearances in the daytime soap One Life to Live, and the following year she made her first appearance in Maude. Its spin-off, Good Times, was launched in 1974, and told the story of a struggling but loving family on Chicago’s South Side. It made a star out of Jimmie Walker, who played the older son JJ, and his trademark saying “Dyn-O-Mite!” became a national catchphrase.

Her other TV roles included NBC’s Summer of My German Soldier (1978); in which she won an Emmy award as Best Supporting Actress.

She followed this with another memorable performance as the strong grandmother in I Know Why the Caged Bird Sings (1979). This was CBS’s made-for-television movie version of Maya Angelou’s eloquent memoir of her days as a gifted youngster growing up in the South during the Depression.

From the 1970s, Rolle made numerous guest appearances in top-rated television series including The Incredible Hulk (1979), Love Boat (1983) and Murder She Wrote (1985). In 1989 she appeared in a television version of A Raisin in the Sun.

In 1990 she became the first woman to receive the NAACP’s Civil Rights Leadership Award for her work improving the image of blacks. 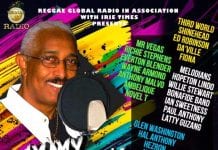 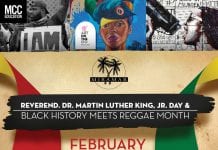