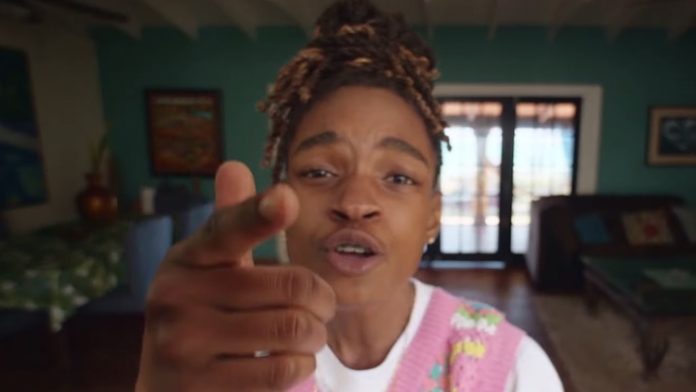 Ahead of her performance at the 2021 Best of the Best Music Festival in South Florida this weekend, Grammy award-winning reggae sensation Koffee has premiered a new song and music video ‘West Indies’, via her official YouTube channel.

The visual is now trending on the platform’s top videos. The video’s direction comes courtesy of award-winning music video director, Meji Alabi, with co-direction from Koffee herself.

The aesthetically pleasing visuals depict everything expected of the West Indies. Colorful displays of nature; the sun-kissed white-sand shores, the sun setting from the horizon, to the house party hosted by your friend who knows how to get the vibe going during difficult times.

In the opening scene, Koffee is seen at the top of a lighthouse singing these fitting words. “We up yah, free up yah”, echoing the cries of most Jamaicans to the government about the excessive curfews and no movement days as a result of the pandemic.

In another scene, the Spanish Town native is seen at a garden lunch with her close friends and family members, to which she sings, “If you know me, I’m having the time of my life, don’t you slow me down, beg you pardon me, I wanna just party”.

The memorable dancehall rhythm is by producer, engineer and multi-instrumentalist, Iotosh.

Several noteworthy appearances by Jesse Royal, Jane McGizmo, Yaksta, Tessellated, and the singer’s mother, put the final touches to a video that was meant to sincerely put the viewer in a mood for the fun-loving freshness of the beautiful West Indies.