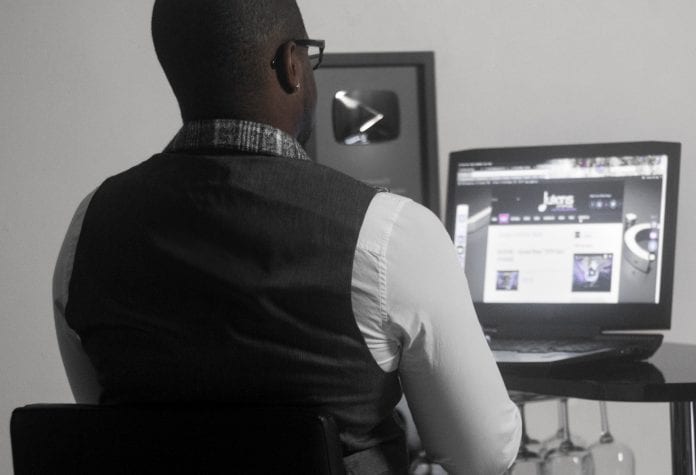 In recent times Soca has emerged from being a local style of music to one of the top genres in the Caribbean, thanks to lovers of the genre that have pushed Soca as a way of life.

JuliansPromos was one of the few of its kind in Trinidad when it was first started in 2011. Hackett and his team comprising of Vivaa, who serves as a media correspondent, and Chandy, who manages their PR, offered a space where soca artistes could showcase their music to fans and a music channel that brought soca to the world.

In an interview with CNW Network, he said his platform was ahead of the curve from the beginning.

“When we started in 2011, Youtube wasn’t was it is now- it wasn’t a music platform so we were ahead of the game with that. And in addition to music, we also got into media coverage, marketing and interviewing soca artists all over the world.”

The platform steadily increased in subscriptions over the years so the milestone was bound to happen at some point, but Hackett said he never expected it to happen this year – and it was thanks to COVID-19 that it did.

“I track the subscriptions trends of the platform so I knew what to expect, but we saw a huge jump in numbers this year during the COVID-19 period,” he explained. The nostalgia experienced by revellers around the world that would miss out on Carnival this year and possibly next year resulted in a huge boost for the Soca platform, which hit one million subscriptions this month.

While Julian said he was grateful for the milestone, he stated that there was more work to be done to establish Soca as a top genre of music internationally.

“I don’t think Soca gets the credit it deserves and that’s on both the artistes and the listeners. I think Soca artistes have to try harder to not make the music seasonal. Because if fans think they should only listen to the genre during carnival time, then they won’t want to listen during the rest of the year. And fans too have to realize that Soca is not just carnival music and make an effort to check out the songs all year,” he said.

The coronavirus pandemic has upped the ante for the platform who also celebrated their milestone with the release of a new riddim, called the Tender Touch Riddim. The riddim was produced by AdvoKit productions and presented by JuliansPromos, marking a third collaboration for the dynamic duo. It features several artistes from Trinidad and Tobago including Patrice Roberts, Nailah Blackman, Hey Choppi, Olatunji and Melly, alongside Nigerian artiste, Skales.

With fans not only in the region but around the world, in countries like Belgium, Japan, Sweden, Norway, Julian’s Promo is looking to do more with its platform. Hackett says that the team plans to move into digital music distribution and artiste management to help current and emerging soca artistes further their career.