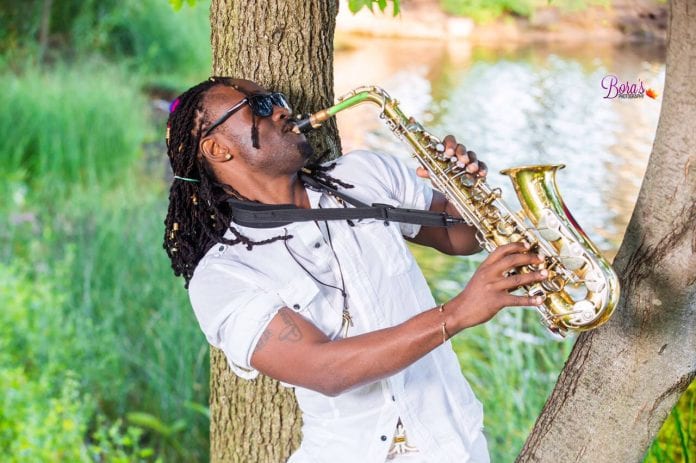 Like many Jamaican musicians impacted by COVID-19, Jamaican saxophonist Conrad Pinnock has found a new market within the Jamaican diaspora in South Florida.

After studying at the Edna Manley College of the Arts in Kingston, Pinnock played with a diverse array of reggae artists including the Fab Five band, Thelonious Monk and Toots & The Maytals. He also contributed music to Got To Be Tough, the Grammy-nominated project by Toots & The Maytals.

Before COVID-19, the musician also toured with reggae singers, Beres Hammond and Romaine Virgo. But the pandemic has put a pause on most entertainment events, especially in the Caribbean where government leaders have been hesitant to reopen their respective entertainment industries.

Pinnock said the circumstances gave him the opportunity to explore the virtual live music space, despite his reservations.

“I’m not really comfortable with virtual events. I’ve done maybe three or four since COVID. But you have to adjust to it because that’s the new normal,” he said in an interview with CNW Network.

After missing out on live events, Pinnock and his wife, Samantha moved to South Florida, the region with the highest concentration of Caribbean nationals in Florida. There, Pinnock has found a new market for his talents, working with the popular Visions Band and other local entities. He hopes to become as well known in the region as he is in Jamaica.

“I’m already well-known in Jamaica because of the musicians that I’ve worked with. I’m trying to bring that same energy to South Florida and really push for people to get to know me here,” he said.

The couple chose to move to South Florida because of the region’s hyper-relaxed atmosphere. Its close proximity to Jamaica also means it’s easier to travel back and forth for events.

Like other Jamaican musicians, he says he hopes that the Jamaican government can reopen the entertainment industry soon. However, with COVID-19 cases on the rise on the island, he admits it is a difficult decision.

Conrad Pinnock says his ultimate goal is to establish himself as a stand-alone saxophonist across the diaspora. He says that once safety protocols are in place, he is open to performing for Jamaicans in South Florida.