Lockdown videos of Jamaican-born comedian, Sarah Cooper lip-syncing Donald Trump made her a social media sensation earlier this year. So much so, that the President even blocked her on Twitter. Her social media popularity resulted in a new Netflix special and the title of Associated Press’ 2020 Breakthrough Entertainer.

In April, the Jamaican-born lip-synced the president and demonstrated “injecting” herself with a cleaning spray, posting the 49-second video, “How to Medical,” on TikTok. A mere four months later, Cooper was filming her own hour-long Netflix special alongside famous actors/comedians like Ben Stiller and Maya Rudolph.

“Six months ago I was in my living room making a TikTok,” Cooper recently told The Associated Press, which is naming her one of its Breakthrough Entertainers of 2020.

“And then I’m on a golf course with, like, a dolly shot and a crew. And I’m lip-syncing the same guy that I’ve been lip-syncing, but I’m doing it in a whole different scale. And so at that moment, I had that moment of like, ‘Wow, this happened fast.’ You know? Like, breakneck speed.”

In addition to helping her land the Netflix special, titled, “Sarah Cooper: Everything’s Fine,” her lip-syncing videos renewed interest in the books she’s written, “100 Tricks to Appear Smart in Meetings” and “How to Be Successful Without Hurting Men’s Feelings.” The latter is being turned into a sitcom for CBS, which Cooper is currently writing.

All that success may appear to have happened overnight for Cooper, but the 43-year-old has been working on her comedy for years.

She was born in Jamaica in 1977, and her family moved to Maryland, in 1980. As a teenager, Cooper was already interested in show business and originally intended to study theater. However, following the wishes of her parents, she first pursued a degree outside show business and earned degrees in economics from the University of Maryland and in Digital Design from the Georgia Institute of Technology.

Cooper began performing stand-up comedy in Atlanta, while working as a visual designer at Yahoo! and then later, Google. In 2014, she left Google to pursue writing and comedy full time.

Now that Trump is on his way out of the Oval Office and her career is taking off, Cooper says the lip-syncing videos will be something she does “just for fun every once in a while.” 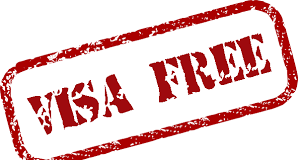