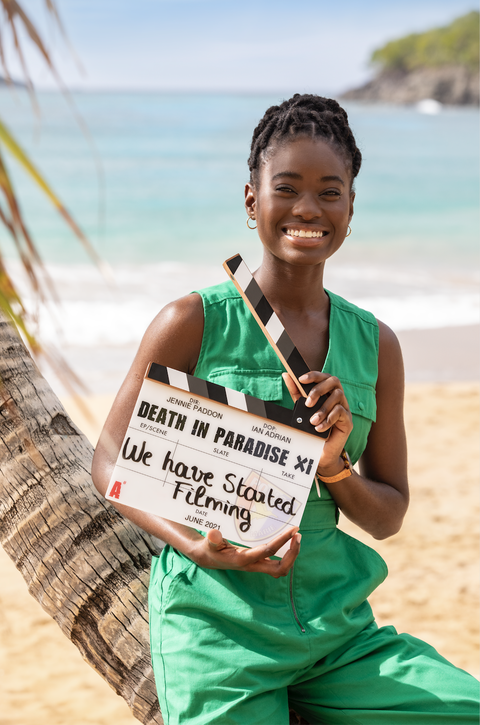 The hit British–French crime drama television series, ‘Death in Paradise’ has a new addition to the Saint Marie Police Department for season 11. Jamaican actress, Shantol Jackson has been cast as filming begins on the BBC One comedy-thriller in Guadeloupe.

The former model joins the cast playing the role of Sergeant Naomi Thomas, a young detective who has transferred over from a neighboring island.

In an interview with Britain’s Daily Mail Jackson expressed excitement over her casting. “I used to watch Death in Paradise with my dad in Jamaica years ago when it just started and to now be in the show, knowing that he’ll be watching me, it’s truly a surreal moment. Looking forward to adding to the magic.”

Jackson is also known for work in local productions, the most recent being Dahlia Harris’s Love and Dancehall.