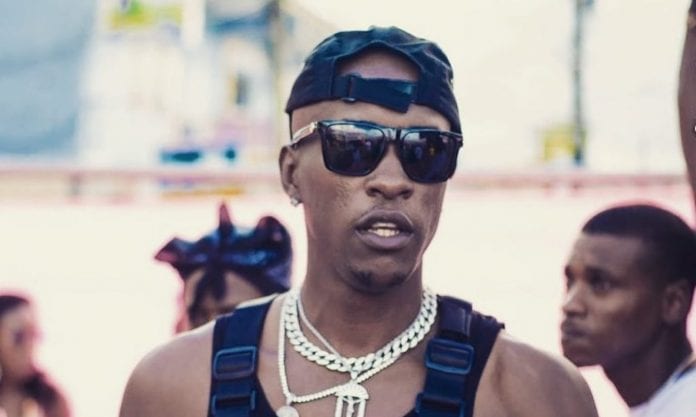 Popular dancehall artiste, Laden, was sentenced to five and a half years in prison when he appeared in court in the southern parish of St. Elizabeth.

However, he will serve only four years as the sentences are to run concurrently.

The entertainer was held on October 28 following a police chase.

It’s reported that on that day, shortly after 11 pm, the police were in the community of Cheapside in the parish when they signalled the driver of a black Mercedes Benz motorcar to stop.

The driver initially complied but sped off when the police approached. A chase ensued and during the chase, an object was seen being thrown from the sunroof of the car.

When the police caught up with the vehicle the occupants were arrested and taken back to the site where the object was witnessed being thrown from the car.

The area was searched, and a pistol recovered. Laden and two other occupants, 21-year-old Saaion Ebanks, and his 16-year-old brother were held.

However, the 21-year-old and 16-year-old were eventually acquitted of the charges.

Laden was catapulted into the limelight through a Jamaican version of American Idol known as ‘Digicel Rising Stars’ in 2006. After leaving the competition, he went on to release popular sings like “Time to Shine” and “I’m Sorry”.