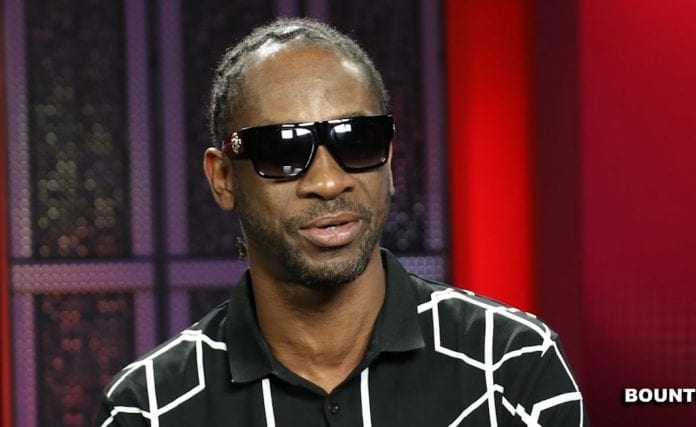 Jamaican dancehall artiste Bounty Killer has secured a huge publishing agreement with Creative Titans, in collaboration with Concord Music Publishing, ahead of the release of his new album, King of Kingston.

Bounty Killer, who hasn’t released an album in nineteen years, has stated that this arrangement would benefit his future studio recordings by ensuring that he is appropriately compensated for his work when it is distributed.

Creative Titans, located in Florida, is a full-service entertainment firm that specializes in talent management, music management, and publishing. Among the artists on their roster are famous producer Izy Beats, Jamaican deejay Bling Dawg, and Jamaican-American DJ Walshy Fire.

On Friday (July 30), a celebration gathering was held at Janga’s Soundbar in Kingston, Jamaica, where Ron André Elvis Telford, CEO of Creative Titans, presented Killer with a black bucket hat to symbolize the newfound relationship, which he said had been four months in the making.

In an interview with OnStage, Telford stated, “we [Creative Titans] have been responsible for around forty percent of the music that has been coming out of the Caribbean in the last three or four years.”

Telford boasted about their producers’ achievements, which included work on Koffee’s Toast and Beyonce’s Hold Up and Sorry, among others. Their objective, he added, was to “amplify the Caribbean sound.”

While the deal’s specifics were not revealed, Bounty Killer did say that it is a co-publishing arrangement in which Creative Titans would hold half of his rights until they have recouped their investment. After that, the Warlord stated, he will reclaim exclusive ownership of his music rights.

Bounty Killer, who recently turned 49, expressed confidence that his music and reputation will be protected and acclaimed across the world as a result of the new global relationship with Creative.

“This is a good thing, I need people to go and administer my things.  I have to have people searching for my things….  Anywhere me name call right now, anything, any rights, any movie, any music, any sample, any feature, so they will be my vendor,” Bounty said.

Bounty said that the agreement will only have a good influence on the King of Kingston album since “we will be appropriately rewarded for all of the works when they are disseminated.” So having a new publishing contract and a new album coming out is great.”

According to Billboard, Creative Titans has a joint venture with Beverly Hills-based Concord Music Publishing, which recently purchased Downtown’s Music Publishing Copyrights for roughly $350 million USD. In April, Billboard stated that “Concord now owns or manages music assets for over 600,000 songs, firmly establishing it as the sixth-largest music publisher.”

Julian Griffiths-Jones, CEO of Pop Style Music, was among the supporters who claimed responsibility for creating the link that led to Bounty Killer’s new relationship with Creative Titans. Blvk H3ro, Bling Dawg, and Sharon Burke, the lady behind numerous large Jamaican entertainment events, were also in attendance.

Though we don’t yet have a release date, Bounty has revealed the artwork for the upcoming album and has said that the project was ninety-five percent complete.