Billy Ocean is a son of Caribbean.

Born in the town of Fyzabad in the twin island republic of Trinidad and Tobago to Grenadian parents, Ocean, whose real name is Leslie Sebastian Charles, is married to a Barbadian woman, his Caribbean Queen.

However his favorite spot in the Caribbean is the island of Jamaica.

Speaking with adoring fans during a meet and greet session after his stellar performance in Pompano Beach, Florida recently, he confirmed that he had a soft spot for the jewel of the Caribbean as he spoke to a Jamaican fan briefly.

“Jamaica, that is my favorite place. I love Jamaica very much,” he said, flashing his trademark broad grin.

During his performance, during which he had the audience eating out of his hand, Bily Ocean took time out to pay tribute to the King of Reggae, Bob Marley, by performing the classic, No Woman No Cry.

The rendition went over well as he finished singing the last notes of Marley’s song, Ocean, quipped.

“By the great man himself, Bob Marley.”

Billy Ocean has performed in Jamaica at the Jazz and Blues Festival at the Greenfield Stadium, Trelawny in 2010 and brought the house down.

Having moved with his parents from Trinidad to the United Kingdom at an early age, he made his entry into the entertainment business before he was 18, but it was not until 1971 that he recorded his first singles Nashville Rain and Sun In The Morning.

But it was with the release of his self-titled album in 1976 that Billy Ocean started to really turn heads. The first single released off that album, Love Really Hurts Without You, reached number two on the UK singles chart and 22 on the Billboard Top 100 chart.

But his greatest success came in 1984 with the release of the album Suddenly which produced a number of hits and cemented Billy Ocean as one of the world’s top rhythm and blues and pop singers.

The single of the same name, as well as There’ll Be Sad Songs, were big hits but it was the single Caribbean Queen which won him the Grammy Award for the Best R&B Vocal Performance in 1985.

Billy Ocean continues to tour and thrill audiences worldwide but he has never failed to pay tribute to his Caribbean roots. 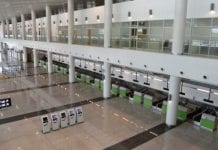 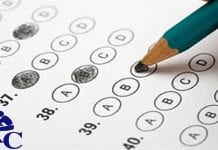