Greensleeves rolls up for 40th anniversary 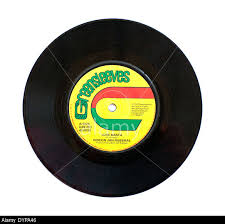 VP Records, which bought Greensleeves in 2008, has announced a bold reissue schedule to mark the milestone. It will release albums by Hugh Mundell, Augustus Pablo, Keith Hudson, Sylford Walker and Linval Thompson.

Those singers were instrumental in Greensleeves making a mark in the United Kingdom and other European countries during the 1980s. The label really flourished with releases from producer Henry ‘Junjo’ Lawes’ Volcano label which had Yellowman and Barrington as their leading lights.

Most of Lawes’ productions were recorded at Channel One studio in Kingston, Jamaica with the Roots Radics Band. He was murdered in London in 1999.

Levy maintains a strong following in the UK and Europe thanks to his work with Volcano and its ties with Greensleeves.

According to VP, the 40th anniversary will be commemorated with events in London, Paris and New York in the spring and summer.

A new album from Italian singer Alborosie is also in the works.

Greensleeves Records was founded in 1977 by Englishmen Chris Sedgwick and Chris Cracknell in Shepherds Bush, London.