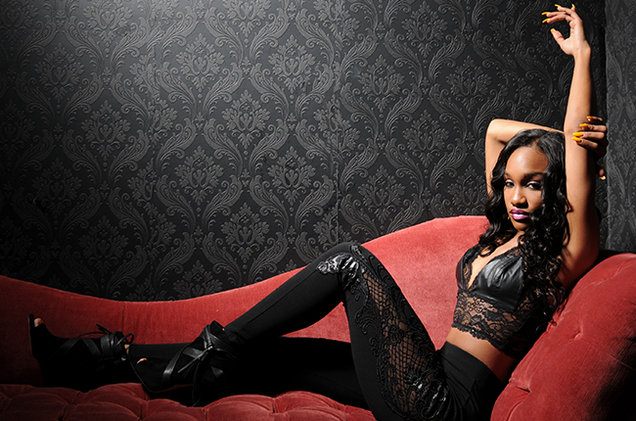 “Jerk Sauce showcases my Caribbean roots. I owe it to my roots. It’s spicy and full of flavor. It’s like part recipe of my love life. Jerk Sauce is about the dynamics of relationships,” the 27-year-old told Splash.

According to Sade Serena, the set examines issues including commitment, honesty, infidelity, and heartbreak

“Stray, for example, which has a R&B/reggae feel is about being involved in an unfulfilled love life… I compare it to being hit by stray bullets. Whatever U Want, on the other hand, is about being totally immersed in a wonderful relationship and willing to stay in it for the long haul,” she said.

The singer said she has been getting positive reviews for her Jerk Sauce.

“It’s been phenomenal. It’s doing much better than Germination (2014), my first EP, did. Reggae is worldwide,” she said.

Sade Serena (full name Sade Serena Matthews) was born in Florida to a Jamaican mother and an American father. She said she was always in tuned with her Caribbean roots, but willing to experiment with other genre.

“I’m willing to experiment with other music forms, including rock and country,” she said.

Sade Serena got her career start in 2013 with an EDM track called Tonight. The following year, she recorded a seven-track EP Germination. Her other singles include Breathe Without Me and All Natural.