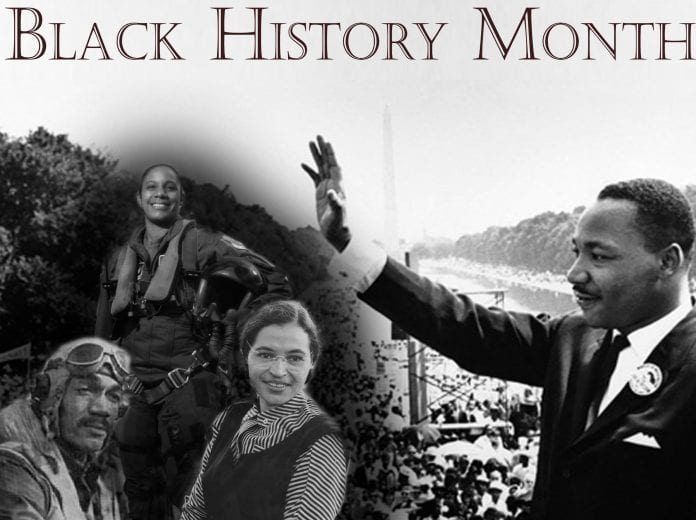 MIAMI, Florida – Even as Black America celebrates Black History Month, the persistent controversies that have plagued the annual commemoration of Black achievement has surfaced again. There are people who criticize Black History Month as the perpetuation of racism by the black community an act of racial segregation. Other critics argue the achievements of Black Americans are too broad, covering several areas to be capsuled in one month. And, what may be the most cutting criticism is that American history has little to do with its Black population.

The latter criticism is patently false! Those who postulate this argument are either intellectually dishonest or severely ignorant. No student of American history can honestly deny that the role, experience and impact of Black Americans is intricately woven in the fabric of American history.

Remarkably, Black immigrants from Africa arrived, albeit forcibly, in America in 1619, months before the Mayflower arrived with British pilgrims in 1620.

The despicable system of enslaving Black immigrants beginning in the 17th century, continued with wanton atrocities to the emancipation of slavery (not nationally) in 1862. The Union was threatened, when a Confederate Union intent on keeping Black people in slavery, emerged in 1861. When the states remaining in the Union retaliated, it sparked the 1861 – 1865 Civil War.

The nation experienced the assassination of Presidents Abraham Lincoln in 1865 and John Fitzgerald Kennedy in 1963; men who stood up for, and/or were in the process of legislating for the benefit of Black Americans.

America also experienced the cruel and humiliating period of racial segregation targeted at Black Americans, and the cruelty of White Supremacists including the Ku Klux Klan. But America also experienced the phenomenal spirit of Rosa Parks, the indomitable courage of Dr. Martin Luther King, Jr., and the 1965 legislation giving Blacks voting rights, leading to the eradication of segregation.

Black Americans shared in the tragedies from the ravages of nature, and countless were used and victimized in too many wars. But with every setback, every tragedy, every period of despair, hope prevailed and Black Americans rallied and rebounded.

Very little deterred the quest to build this great nation. Immigrants from almost every land, including Black people from the Caribbean, heeded the message: “Give me your tired, your poor, your huddled masses yearning to be free,” encrypted on the Statue of Liberty in New York City’s harbor, joining the masses born in America in the building process.

Over the years, Black Americans mingled with the other races to excel in almost every area of life, including business, sports, entertainment, religion, politics, medicine, agriculture, and manufacturing. Black Americans, including Black immigrants, played significant roles in America being branded as “The Richest and Greatest Nation on Earth.”

The new millennium beginning in 2000, brought a set of new problems that tested the mettle of all Americans, playing with their hope, and the fulfillment of the American Dream. Since 2000, America experienced an unprecedented terrorist attack on September 11, 2001, wars in Iraq and Afghanistan, a massive surge in its housing market, which crashed creating a Great Recession rivaling the Great Depression of the 1930s.

Hope flared again, especially among the Black population and the youth when America elected its first Black president in 2008. But despite the promises of hope and change, the realities of the new and unusual challenges delayed the anticipated fulfillment. The damage created during the first eight years of the new millennium proved too severe to realize the changes, confidently promised by the young, brilliant, charismatic Black president, from materializing in the timing most Americans had set.

Although Black pride surged in 2008 with the unexpected rise to the pinnacle of America’s leadership, the irony of a Black family living in the White House built by enslaved Blacks, it seems, was not lost on the segment of society intent on keeping keep Black Americans “in their place.” Sadly, since the Black occupants relinquished residence in the White House in 2017, the fight to marginalize Black Americans has intensified. This fight is reflected in the criticism of the commemoration of black achievements in Black History Month.

But, in one of the most amazing twists in American history, the often marginalized Black population rose to be one of the most influential voting blocs in the election of American leaders, including the president. Denied the civil right to vote before 1965, the support of black voters is now invaluable to candidates seeking the presidency of the United States.

While the achievements of black people are intricately intertwined in American history, to combat a systematic attempt to suppress these achievements, Black History Week was established in 1926 leading to Black History Month, to bring them into focus. As each February focuses on accounts of Black achievement, it serves to motivate more Black youth to be outstanding achievers, cementing themselves in the continuation of American history.