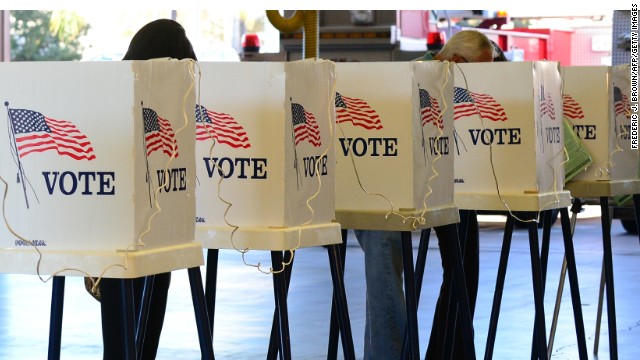 Caribbean migrants began migrating steadily to the United States from the early 1960s. Since then, many privileged to become U.S. citizens participated in voting in every presidential election from 1964 to 2016.

Older Caribbean Americans often referred to the tolerance between the supporters of the Democratic and Republican parties in earlier elections. It wasn’t unusual for supporters of both parties to ride in the same vehicle to a polling station and vote for the candidates they support without animosity. Family members of differing political persuasions could sit in their living rooms and have relatively cordial conversations about their political preferences.

In 1980, when Jamaica was going through a very bitter and violent political period, while supporters of either of the political parties were afraid to make it known publicly what party they supported, Caribbean Americans were hailing the peaceful environment of American politics. They were themselves preparing to vote in event-free presidential election between Republican Ronald Reagan and incumbent Democratic President Jimmy Carter that November.

Ironically, in earlier election cycles any blatant political divisions weren’t so much found between Republicans and Democrats, but in intra-party rivalry as candidates challenged each other for their party’s presidential nomination. Memorable are the intense rivalry between Jimmy Carter and the late Edward Kennedy for the Democratic Party presidential nomination, and between Republicans Ronald Reagan and George H. Bush for that party’s nomination in 1980.

Some of the conventions to select presidential nominees were also classic contentious events. One that stands out was the raucous Chicago Democratic Convention in 1968, fueled by bitter protests against the Viet Nam war that began days before the convention.

Generally, contests between the rival presidential campaigns have been relatively peaceful, albeit intense, mostly consisting of large political rallies, intense groundwork, robocalls, and debates. Notably, with each prudential election, except for the George W. Bush/Al Gore election in 2000, despite the intensity, the losing candidate readily conceded defeat to the winner, and the nation settled in for the incoming administration.

In the current presidential election cycle, the situation has changed dramatically and unfortunately.

The rivalry between some supporters of the Democratic and Republican parties have descended into the type of bitter, violent contest more typical of so-called Third World nations. Some people are now even weary of making their political preference known. Once where voters willingly stuck political bumper stickers to their cars there’s little evidence of this. And, once when rival political supporters gathered on street corners, waving campaign posters and shouting campaign slogans, with friendly jeers, this rivalry now easily turn into violent confrontation. Some residents are even having their homes vandalized when they place campaign signs in their yard.

Today, America is undoubtedly a bitterly politically divided country. Although there are real indications the November 3 election could have one of the highest voter turnouts ever, there still are voters who are weary of visiting polling sites to vote in person, fearful of being intimidated.

More than this fear is the concern among many Americans that the results of the pending presidential election may not be accepted by supporters of the losing candidate when the election results are announced. There’s a growing concern if the losing candidates does not readily concede defeat when the results are announced but try to contest them, this could explode into wide-scale violence in some cities.

Perhaps, for the first time in American history, there’s concern there may not be the traditional smooth transition of power between the outgoing and incoming presidents.

But, it’s of utmost importance for every American voter, regardless of party, race, ethnicity and gender, to not be intimated by attempts to derail or suppress their votes, or fear violent repercussion from supporters of losing candidates on election night.

Every voter must be cognizant that it is he or she that holds the power hand in an election. The more people vote, the stronger this power is. Throughout history autocrats and dictators try to control and suppress the power of the vote, fearful that power will destroy their personal ambitions for political power.

Americans have the power to return order in their political and electoral systems by turning out to vote in historical numbers in the ensuing presidential/general election, and ensure, overwhelmingly, there’s no doubt which candidate wins the election.

This is the juncture in American history when voters who value their democracy, must insist they turn back any attempt to destroy the democracy that America is globally renowned for.

Through the mail-in vote option, voting has begun in Florida and several other states. Voters who are confident in utilizing this option should not wait to vote and return their ballots to the respective supervisor of elections office. Here in South Florida, voters who are weary of voting by mail can begin voting in person during the early voting period beginning October 19.

It’s by voting aggressively, whether by mail, or in person, that sanity may be restored in America’s political process.