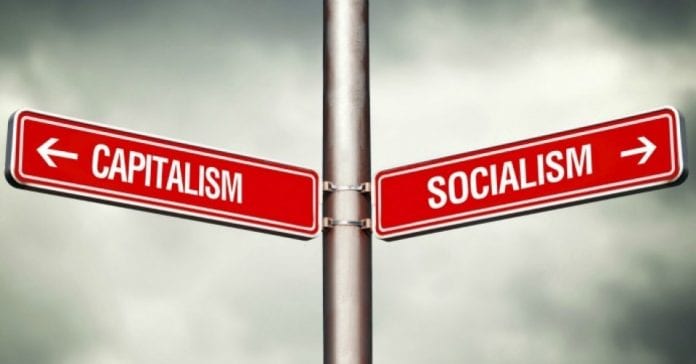 MIAMI, Florida – There was a time when the mere mention of the word socialism in America was synonymous with treason. Socialists were immediately associated with communist leaders like Cuba’s Fidel Castro, and Russia’s Lenin, Stalin, and Khrushchev. Socialists were deemed to be despicable people who control every aspect of the lives of those they govern.

Fast forward to 2020 and, amazingly, there is evidence of a socialist wave gradually, but surely, building across America. More remarkable is that a septuagenarian candidate, a self-declared Democratic Socialist, campaigning for the United States presidency is gaining significant support from a coalition of diverse voters, increasingly dominated by young voters.

What happened to cause this phenomenal turn of events? Why are people defying the old stigma of socialism and are now supporting Democratic Socialists?

Back in 2007 when Barack Obama declared his candidacy for president, he was falsely accused of being a socialist. At the time, a political commentator writing in a Chicago newspaper said although Obama may not be a socialist, America was “primed for socialism” because of e lingering socio/economic inequalities.

Over several decades, the divide between the tiny percentage of “haves” and the overwhelming majority of “have-nots” in America has been widening, creating millions of people desperate for social and economic equality.

In reality, there are no signs America is primed for the classic definition of socialism where the government controls everything, but America is primed for a system of equal opportunities. It’s primed, ready for a government that offers everyone a fair chance for a decent standard of living. In fact, it’s unnecessary for those who seek to create this change to label their mission as socialist, because the society, especially a wealthy society, ought to be structured with social and economic balance.

Once those seeking to create social and economic balance place ideological labels like socialism on this mission, they become targets by those determined to preserve their privileged status in the society.

In Jamaica, in the early ‘70s, when Michael Manley was elected prime minister, he was widely hailed as the “Better-Must-Come” hero who would deliver social reforms. But once he unwisely placed a Democratic Socialism label on his policies, aggressive opposing forces collaborated to ensure he failed.

Since the 1970s, many developing countries poised as emerging socialist states, turned from the overt socialist agenda in the face of relentless pressure. In the Americas,  Cuba and Venezuela stand out as despised socialist regimes. The hardships often experienced by the people of these countries under their respective socialist governments are regularly used to drive fear into Americans about socialism gaining traction in this country.

Perpetuating this fear is disingenuous, since there are checks and balances inherent in the U.S. system of government that prohibits the absolute control of society as in Russia, Cuba or Venezuela.

On the other hand, it is a fact that Americans are demanding more of the national pie and are willing to support those who propose a path that can deliver what they have been denied for decades.

Admittedly, unemployment in America is at a historical low, but meanwhile, underemployment is also high. This means millions of employed Americans are nonetheless earning insufficient to house, feed, clothe, educate, and provide adequate healthcare for themselves and their families. If several former administrations since the benevolent administration of President Franklin Roosevelt, and to a lesser extent that of President Lynden Johnson, had relentlessly focused on bridging the inequality gap, America and Americans, especially the youth, wouldn’t be now primed to grasp opportunities that some are interpreting as “frightful” socialism.

But, realistically, can those who are now waving the socialist banner convince a majority of Americans to elect them as their leader?

Opinions vary on how Americans react to socialism. In May 2019, Gallup found 43 percent, particular minority populations and youth, thought some form of socialism would be good for the country. A Harris poll found only 24 percent would vote for a socialist. Another Harris poll suggested half of those under the age 40 would “prefer to live in a socialist country,” and that three-quarters of Democrats believed the country would be “better off” if it were more socialist.

Although currently it seems there’s increased leaning towards socialist or progressive candidates, there is really no clear indication most Americans are prepared to elect a socialist as president. What is clear is the American working class is unafraid to emerge from that false place which suggested they are content with their lot. They are far from content, and willing to say so with their votes.

Is America now poised for a real ideological sea change? One just doesn’t know, although in today’s America anything is possible. The answer will soon be known, in what is shaping to be a truly bizarre election year.