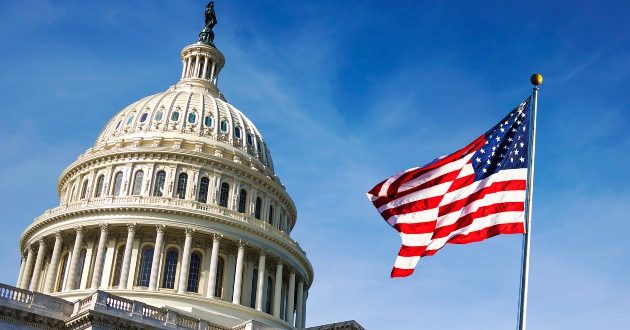 WASHINGTON, D.C. – Among the more dramatic and devastating effects of the coronavirus epidemic in America is the effect it’s having on the economy. This crisis is both a direct threat to the lives and the livelihood of Americans.

And, because the most effective way of stemming the spread of the virus is to distant people from each other, most businesses have ceased to operate. This is resulting in the type of economic crisis, unlike any other seen in American history.

The implementation of social distancing to stem the spread of the coronavirus means, according to the directives of the government, that people shouldn’t gather in groups of more than ten, and when in public should be six feet apart from each other. This means people cannot gather in restaurants, hotels, sport arenas, schools, colleges, offices, travel on cruise ships, planes, visit their barbers, beauticians, and shop at small businesses.
Suddenly, the demand for most businesses has diminished. Without demand businesses have no revenue; without revenue, businesses cannot pay workers; without pay, workers cannot pay rent, mortgage, purchase food, and pay other bills. The result is a major economic catastrophe.

Each time a government, local, state or federal, understandably, issue a directive to create more social distancing, instructing that more people stay at home, is the worse it becomes for the economy. More worrisome, where the economy is concerned, is that the restrictions on social contact will likely not end until the rate of coronavirus infection decline significantly, and widespread testing sparks confidence that the threat from the virus is greatly minimized. The problem is that there is absolutely no timetable for this.
But the American economy cannot be allowed to wander without control risking a greater economic depression than what occurred in the 1930s. It is imperative that the federal government lead in taking measures to assist both workers and businesses, small businesses in particular.

While large American businesses like airlines, and some hotel chains, may have some financial cushion to cope in the economic crisis, typically small business doesn’t have sufficient cash reserve to cover even a month of expenses if their revenues stop coming in. These businesses have very limited profit margins.

On the other hand, large businesses also employ large numbers of employees. When airlines, cruise-lines, and hotel chains close, the rate of unemployment rises dramatically. It has been estimated that by March 31, over 20 million Americans could be unemployed depending on benefits like unemployment benefits.

It is imperative that the assistance that government gives is balanced by providing citizens with cash or benefits that allow them to pay their inescapable bills, like rent, mortgage and food; and provide businesses with funds to continue paying their employees, even if they are not actually working, and also pay their inescapable business expenses.

Normally during an economic recession, like that between 2008 and 2010, the government tries to stimulate consumer demand with stimulus plans that brings revenue to businesses and try to bring an early economic recovery. However, under the current circumstances, the objective of the government’s assistance is not primarily to stimulate consumer demand, since the businesses where most of this demand would be directed have been ordered closed to effect social distancing. So, what the government is doing in effect is taking measures to provide people with funds so they can stay home and be able to pay their basic bills, while simultaneously providing businesses with some of the revenue they are losing in the absence of consumer demand.

The type of assistance required from the government is hard to understand because it has never happened before in recent memory. This assistance is going to cost the government trillions of dollars, and more if this crisis continues indefinitely.

Some legislators may deserve understanding for finding it difficult to appreciate the need to vote for funds to pay millions of people to stay home so they can practice social distancing. This policy is totally opposite to their ideological thinking. But these are nor ordinary times. These are definitely not times for exercising one’s ideological preferences.

These are times to save Americans from being decimated from a wicked virus, and to do this the government has to fill the financial gap existing within families and businesses as they try to avoid this virus.

The financial measures are going to cost the government expenses hitherto not contemplated. But if the expenditure help to curb the spread of the virus and keep businesses in a position to rebound as soon as possible after the crisis ends, and keep families from bankruptcy and financial collapse, the measures will be worth it.