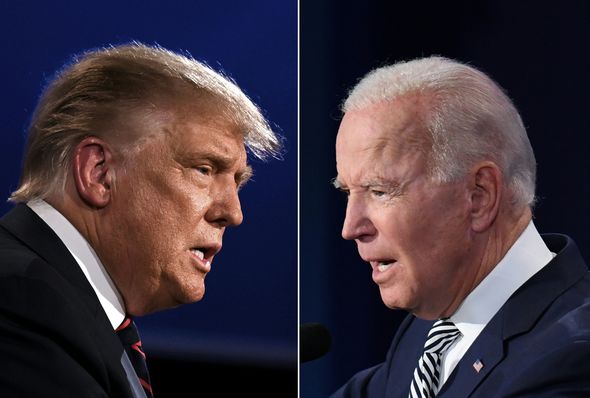 Although there’s much about the source, contamination, and treatment of COVID-19 that continues to baffle scientists, it’s clear the virus is an equal opportunity disease. It targets and impacts everyone from the common man to the leaders of nations.

In the U.S., the virus has been especially vicious, claiming over 210,000 lives and infecting well over seven million, including the president, several White House staffers, at least three GOP senators, as well as the nations top general and other Pentagon chiefs. Sadly, there’s no definitive sign that the virus is under control in the nation.

In several situations, when there’s a belief the virus is under control in a particular region, new cases begin to spike soon after.

This ebb and flow of COVID-19 cases in the country is largely due to the divisive state of national politics which has proved to make the work of scientists more difficult in controlling the virus.

From it was evident the virus was impacting the U.S. back in February, COVID-19 has been dragged into the political divide. When initially, the Center for Disease Control (CDC) made it public that this novel virus, originating in Wuhan, China, had reached our shores and we should be wary of its danger, attempts were made to downplay it.

From then on, accompanied by a steady dose of misinformation—from the current administration and some media commentators—controlling the spread of COVID-19 in this country was challenged by high political hurdles.

Almost every measure to control the virus has been seen as either unnecessary, fake, or an unwarranted attempt at generating panic, depending on one’s political leaning. While there’s consensus among scientists—nationally and internationally—that wearing a mask is one of the most effective ways of controlling the spread of the airborne virus, there’s strong opposition to wearing it, particularly by Republican leaders and supporters. In fact, people wearing masks are commonly identified as opponents of the Republican Party, and its election candidates.

Despite the increasing death count across the nation, and strong evidence wearing masks is protecting people from contamination, crowded political rallies are being held across the country without attendees mandated, or even encouraged, to wear masks.

Similarly, social distancing is rubbished by those who consistently downplay the virus as a political weapon meant to derail the Republican Party. Joe Biden, the Democratic Party presidential candidate, has often been ridiculed for holding events with social distancing and for wearing masks. But while Biden insists on abiding by the advice of scientists, his opponents interpret this as a sign of political weakness.

The longer one lives, the more it’s proven those who stubbornly and arrogantly ignore advice based on wisdom, eventually live to regret it—as evidenced by the spate of COVID cases among top political figures.

It’s uncertain whether the contraction of COVID-19 by some of the highest officials in America will change the insane political attitude towards the virus. Hopefully, people will now take heed and end the rampant stupidity that has certainly not helped in containing the spread of the disease.

But even if there’s a change of attitude, challenges still abound.

In Florida, for example, the incumbent administration has obviously stuck to the political script to downplay the negative impact of the virus. Florida was one of the first states to reopen businesses in June following the nationwide shutdown. Weeks after reopening some businesses, including bars and restaurants, the virus aggressively spiked in cases and deaths. While infection and deaths have since decreased, the risk of infection remains. Yet, the administration last week ordered the state to return to normalcy, including ordering schools to reopen and admit students to class or risk being defunded.

It’s vital for Floridians, and other Americans, to prevent the spread of COVID-19 infection in the absence of a proven, credible vaccine. Too many scientists have concurred that it’s by safe social distancing, wearing masks, and practicing proper hygiene that people avoid contracting the virus. Residents must not allow political bias to cloud their common sense—COVID-19 doesn’t have a political preference.