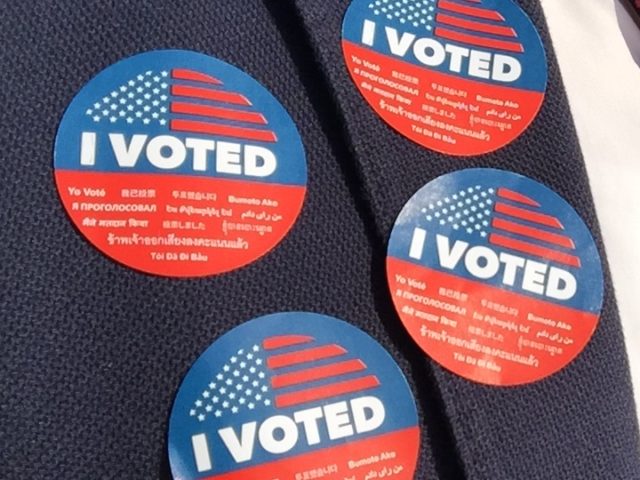 Among life’s greatest privileges is the ability to remedy mistakes and change the negative situations that affect us.

In November 2016, many voters believed they made a grave mistake in taking it for granted Democratic Party candidate Hillary Clinton would easily win the presidential election against Donald Trump. This mistaken assumption led them not to vote, and Trump stunned the country in winning an election not even he believed he would have won.

Since that election, and over the past four years, people have repeatedly rued that mistake, but, thankfully, they have a chance in the ongoing 2020 presidential elections to make amends. Hope is strong and alive that in voting they’ll make a fundamental change that should result in general change for the better.

The last four years have been unlike any other experienced by most Americans, whether they are native-born Americans or immigrants like Caribbean-Americans. It has been four years of extreme partisanship, racism, and divisions of every kind. It seems almost impossible to breach the increasingly wide divisions in society. This has resulted in more people living with greater stress as the divisions sap their confidence and sense of security.

The greatest change most Americans want to see and are hoping the results of the 2020 elections will create, is a more unified America, one in which every race, ethnicity, nationality, religion, and social class is respected.

People are sick and tired of the long, four-year political struggle. But, at long last this contentious and bizarre political season is drawing to a close. When this newspaper is published next week, all things being normal, there is hope a new president would have been elected.

The candidate this newspaper confidently endorsed for the presidency is former vice-president Joe Biden, and, naturally, there’s hope he’ll be elected.

Joe Biden received this newspaper’s endorsement because the paper’s editorial board has no reservation he’s the better and more experienced of the two presidential candidates. Moreover, he’s perceived as having the better temperament to lead the US for the next four years to breach the intense divisions, work with scientists and the medical profession to overcome a persistent pandemic, and cope with the rising economic, challenges.

For Caribbean Americans, there are issues in this election that are extremely personal.

Caribbean Americans migrated to the United states confident they would be able to grasp prevailing opportunities to improve the standard of their lives. But, over the past four years, they have encountered hurdles deliberately placed in their way, based on racism and bigotry, making it harder to realize these ambitions.

The majority of immigrants from the Caribbean are fundamentally proud and ambitious people, willing to work hard and contribute to their welfare and that of the community. They did not expect to come to America to hang their heads competing for state handouts like food stamps.

People left their Caribbean nations as first-class citizens, not expecting to be lumped in a racial category and considered second class citizens. No way did anyone who migrated to the US from the Caribbean ever expected their countries to be described as “shit-hole” countries by the leader of the US.

Certainly, Caribbean-Americans came to America expecting access to affordable, expert healthcare, especially if they had pre-existing medical conditions. This expectation was buoyed in 2010 when President Barack Obama and his administration presented the nation with the Affordable Care Act (ACA) that made healthcare widely affordable and available.  But in these past four years, the incumbent administration took steps to make it more difficult to access affordable healthcare. And, looming in the immediate future is the sad reality that the highest court in America, the Supreme Court, could strike down the ACA in its entirety, for no practical reason except raw partisan politics.

It is incomprehensible for the majority of Caribbean- Americans that the current leadership in the US have turned a drastic pandemic, that has killed thousands in the country and elsewhere, into a starkly, divisive political issue. Despite the ever-increasing death rate, it’s astonishingly puzzling that the incumbent administration falsely downplays the seriousness of the pandemic insisting the country is “turning the curve” and making improvements. This a blatant, wicked lie, that’s impacting the lives of every American.

And worse, while the administration blatantly lies about the serious impact the pandemic is having on the nation’s health, the pandemic has created related economic perils affecting most families. Jobs are lost, incomes slashed, people face critical food shortages and being evicted from their home, while waiting in vain for help from the federal government.

But, there’s hope the atrocities of these past four years will end with the election of a president, vice president and administration that meets Caribbean American expectations. This hope is not fickle. It can be realized. Real change can come, if voters continue to vote aggressively to correct the mistake made in November 2016.  There’s real hope by voting the right way the nightmare that has encroached on the American dream will be banished, and the decisions made by so many Caribbean nationals to migrate to America will prove sensible, justifiable and rewarding.

Hope is alive, so Vote.