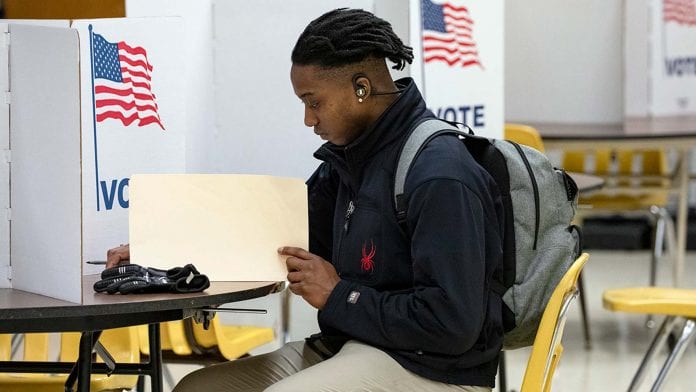 WASHINGTON, D.C. – Last Sunday, March 1, hundreds of Americans, including civil rights leaders, and some of the 2020 Democratic presidential candidates gathered in the town of Selma, Alabama, to celebrate the 55th anniversary of the Selma-to-Montgomery march.

In the 54-mile march in March 1965, severely marchers were attacked and bloodied, drawing global attention to the brutality of police toward peaceful black protesters.

The march prompted Congress to pass, and President Lyndon Johnson to sign, on 6 August 1965, the Voting Rights Act, which outlawed voter suppression. This was a significant achievement of the civil rights battle led by people like Rev. Martin Luther King, Jr.

In the 55 years since the blood of so many black people was shed in the struggle for the right to vote, the black vote has become the base of the Democratic Party, but black voters still have challenges to overcome. There are still opponents across America, including here in Florida, who want to eliminate the influence of the black vote for self-serving purposes.

There are still shared frustrations and disappointment among black voters.

In 2013, the supreme court weakened the Voting Rights Act by reducing the government’s authority to regulate historically problematic electoral jurisdictions.

Purging of voter’s list and new voter ID laws in some states still disproportionately affect minority voters. In 2016, voter suppression in over 30 states reduced black voter turnout, which negatively impacted the final results of the election in key electoral districts.

In Georgia’s governor elections in 2018, the aspiring black Democratic contender, Stacey Abrahams, was frustrated by indiscreet attempts made by her opponent to suppress the black vote by purging voter’s lists.

Black Americans who served time as felons in America’s racially biased justice system are often denied their voting rights. This is very evident in Florida where despite voters approving a 2018 constitutional amendment intended to give former felons, most of whom are either black or brown,  the right to vote, the Florida Legislature sought to frustrate this constitutional right by requesting the ex-felons to pay fines owed to the state before being re-franchised. The state is currently embroiled in a legal battle as the courts have ruled against this interference.

In almost every election, attempts are made to restrict early voting by black voters, especially in frustrating the traditional “souls to the poll system” in the black community where churchgoers are transported to polling places on the Sundays during early voting.

And, it has almost become routine for efforts to be taken to frustrate voter registration in black communities.

But, it’s also a sad and unfortunate reflection on the black community that despite the increased influence of the black vote, some people are not cognizant, appreciative. or even understand the power of this influence.

There’s still too much apathy among the black community where voting is concerned.

Candidates for almost every kind of election have to toil to get out the black vote. It could be assumed after the bloody struggles over voting rights, those who now have the privilege to vote would be prepared to do so without much prompting.

Some who are reluctant to vote, try to justify this by claiming voting has not helped to overcome the challenges in their lives. While this argument can be understood, not voting won’t enable them to overcome the challenges either. Voting enables citizens to vote out those who don’t address the challenges and vote for those who seem ready to help with these challenges. That’s one of the powers of the vote. Once elected officials know a bloc of voters have this power and will use it against them if they don’t perform, they’ll be reluctant to take this bloc for granted.

These are perilous times. In recent years some of the norms, including civil rights, justice, equal opportunity, civility and truth, dear to the back community have been threatened.

While it’s important for black voters to vote for whom they think is the right individual to represent them, they also have the opportunity to vote to eliminate the anger and divisions that threaten to again place them in a rigid marginalized corner. It’s a sad but real fact that over the years since 1965, the black community must still make sure it votes to be free.

The battle is still ongoing, and there’s no real sign of ultimate victory. Much gain can be made this year if black voters turn out aggressively. Whether it’s the March 17 Democratic Party Presidential Primary elections, the August 18 Florida municipal and state elections or the November 3 presidential elections, Florida black voters must turn out to vote like never done. They have the power to make change, and change is crucially needed.