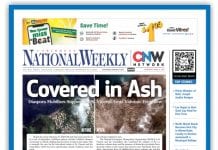 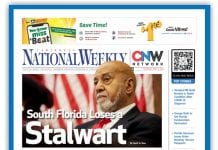 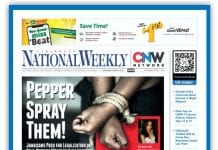 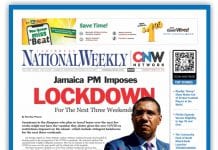 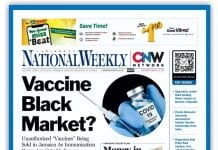 With a look at some of the top stories making the news today, October 7 across your Caribbean-American community in South Florida, I’m…for CNW 90.

Today’s newscast is brought to you by the Florida Department

Coming up in the newscast, Florida officials investigating a crash in the voter registration website, Jamaican students return to school online and Jamaican footballer suspended for alleged homophobic slur.

Florida Governor Ron DeSantis and other state officials were forced to extended the state’s voter registration deadline after the website crashed, leaving many prospective voters initially unable to register for the November 3 election. Just hours before the midnight deadline on Monday, the voter registration website began reporting errors, impeding thousands of people who had planned on registered.

After outrage from many residents including Florida Agriculture and Consumer Services Commissioner Nikki Fried, who accused state officials of voter suppression. https://twitter.com/nikkifried/status/1313309235552358406

Yesterday morning, Florida Secretary of State Laurel M. Lee said the crash was due to an unprecedented 1.1 million requests per hour on the website. She later issued the directed to Gov. DeSantis to re-open Florida’s voter registration deadline to 7 PM on Tuesday. Lee also stated that the state department was working with state and federal law-enforcement investigate whether or not it was a deliberate act against the voting process.

In Jamaica, students returned to school online on Monday but as many teachers, parents and students had feared, it was not all smooth sailing. Fayval Williams said that while more than 200,000 students had already logged on to the Learning Mangement System, there are another 400,000 students across the education sector that are without a computer device needed for online classes. The Jamaican government had committed to purchasing 40,000 tablets for students on the PATH welfare program. An additional 36,000 students were provided with vouchers worth JMD $20,000 vouchers to help them purchase tablets or laptops. But for hundreds of thousands of students who have not received assistance and those who have no means of purchasing the technology needed for classes, they could have to reply on the classes aired on TV and radio as well as printed materials provided. The Ministry of Education has said that Jamaica will not have face-to-face classes for the foreseeable future due to the second wave of COVID-19, which has not yet reached its peak on the island

In Trinidad and Tobago,

The government of Trinidad and Tobago has announced that it will freeze the filling of all vacancies in the public sector for a period of one year. Finance Minister Colm Imbert made the announcement as he delivered the 2021 Budget Presentation in the House of Representatives on Monday. The minister said that the hiring freeze is as a result of “a constrained revenue situation” due to COVID-19. This means that there will be no new hires for any currently vacant government position in Trinidad and Tobago for the next year. He also announced that the government will consider raising the retirement age to 65, up from 60-years-old.

In an update, Jamaican footballer Junior Flemmings has been banned for six games for a homophobic slur directed at San Diego Loyal’s Collin Martin, which led to his team walking off the field in protest, the USL Championship confirmed. The Jamaica international directed the slur at Martin, who is the only out gay player in US professional men’s soccer, during the match last Wednesday between San Diego Loyal and Phoenix Rising. Flemmings has also been ordered to pay an undisclosed fine.