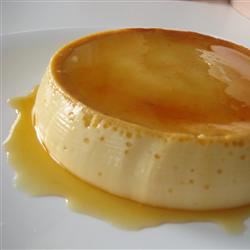 The history of this common Hispanic dessert traces its origin back to the times of the Ancient Romans. During the Ancient Roman era, due to the surplus of eggs from domesticated chickens, the society created new egg related recipes, one of which is flan. After the fall of the Roman empire the recipe spread to nearby countries such as Spain, France, and eventually to the “New World”. Each adding their own unique twist to the delicious custard dish.

What you need to do:
1. Preheat oven to 350 degrees
2. In a small nonstick saucepan, heat the sugar over medium heat. Shake and swirl occasionally until it dissolves and begins to brown. Lift pan over heat source and continue to brown sugar until it reaches a dark golden brown color.
3. Pour caramelized sugar into a 1 ½ quart casserole dish and swirl to coat the bottom of the pan evenly.
4. In a large bowl, beat eggs. Add condensed milk, evaporated milk and vanilla. Beat the mixture until smooth.
5. Pour the mixture into casserole dish
6. Bake in oven for 60 minutes. Let it cool completely
7. Once cooled serve to hungry friends and family. 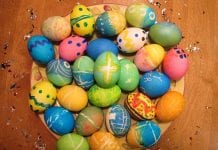 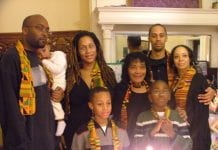 Kwanzaa – Another Significant Component of ‘The Holidays’