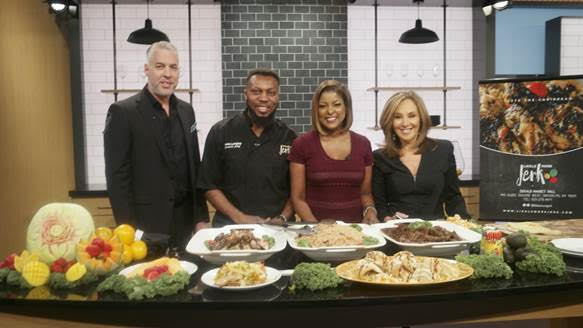 Jamaica was also represented by Chef Kemis of Likkle More Jerk, the modern casual Caribbean eatery at the Dekalb Market Hall in downtown Brooklyn. Chef Kemis wowed the hosts and viewers with his signature Jerkitto Burrito while showcasing other traditional Jamaican dishes including an oxtail stew, rice and peas and Escoveitch Fish.

Jamaican cuisine is one of the top reasons for the popularity of the island as a tropical destination vacation. As much as the cuisine is imitated around the world, as the locals will tell you, “nowhere nuh better than yard”.