Many among the Haitian-American community are rallying around the longtime LHCC director, who said she was not given any notice of her firing and was only given 30 minutes to clear her office. In response, a group of local leaders and advocates showed up to protest Dorsainvil’s removal at the recent Commission meeting in Miami City Hall, demanding her reinstatement and an explanation for the manager’s decision. Alfonso, however, refused to budge, saying the LHCC Director position is still “open for recruitment,” and did not expand on the reason behind Dorsainvil’s dismissal.

In response, a tearful City Commission Chairman Keon Hardemon called for greater transparency, and issued motion to oust Alfonso. Eventually, Mayor Tomás Regalado stepped in, promising he would veto any motion to dismiss Alfonso. Without enough votes to overcome a veto, Hardemon rescinded his motion, but offered Dorsainvil a job in his office, starting this week.

Functioning now without a formal director, LHCC’s fate remains ambiguous. The only possible explanation Dorsainvil has put forward for her firing has been the recent debate on the LHCC’s focus on showcasing Haitian-American and Caribbean-American culture.

“Just feel maybe I wasn’t moving the complex in the direction that the Department of Real estate and Asset Manage wanted,” said Dorsainvil in an interview with Miami Herald. “there’s been lost of conversations about…making [LHCC] less a community-orients venue and more of a rental facility that can generate revenue.”

The situation has sparked much unease among community advocates about whether LHCC will remain accessible to the community, particularly as Little Haiti faces growing concerns of regentrification with rising rent prices and investors purchasing property in the neighborhood, due to Little Haiti’s location adjacent to the high-end neighborhood such as Wynwood and the Design District.

“We are not against evolution, but we need to preserve the history and culture of a people who sacrificed so much to get here,” says Jan Mapou, founder of famed Libreri Mapou and a member of the original committee which oversaw the center’s development. “Sandy kept the Center focused, developing programs that promoted and preserved Haitian culture. The center was build with money from the community, so the center should be 100 percent for the community and run by the community.”

Meanwhile, many among the community have not given up on reinstating Dorsainvil. A group of community members have launched an online campaign, #HireSandyBack to spread awareness on the issue.

“We are taking every opportunity to show that she did nothing wrong,” says Gepsie Metellus, founder of the Sant La Haitian Neighborhood Center. “I am in favor of and actively involved in the efforts to get Sandy reinstated. We need to spread awareness about her success, and the alliance she created to make [LHCC] a shining jewel in Miami.” 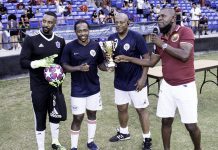 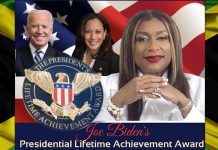