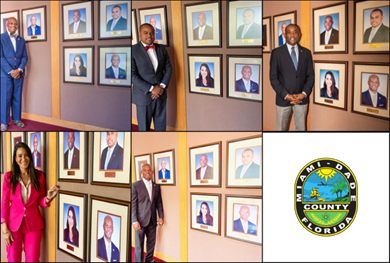 The five Black members of the Miami-Dade Board of County Commissioners (BCC) released a joint statement in recognizing the historic significance of having the highest number of Black commissioners ever seated at the same time on the BCC.

Cohen-Higgins is also the first Jamaican-American to be appointed to the Miami-Dade BCC.

Together, these esteemed commissioners are committed to representing the diverse and emerging needs of all of the county’s residents, businesses, and visitors.

The Commissioners issued this joint statement: “We are proud to stand on the shoulders of those that came before us. We want every little boy and girl in our great community to know that they can achieve greatness, and that their voices matter. Together, we are black history.”