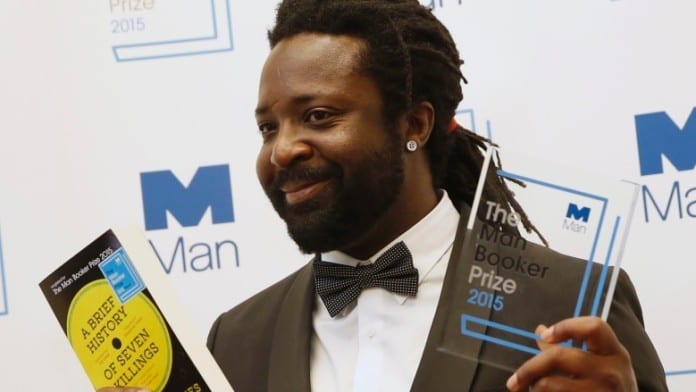 Jamaican author and newly awarded Man Booker prize winner for his novel based novel on the attempted assassination of Bob Marley, Marlon James has been confirmed as special speaker for the upcoming Miami International Book Fair. The fair will host a special talk and open Q&A with the prestigious writer on November 18, at Miami Dade College.

The winning book charts political violence in Jamaica and the spread of crack cocaine in the US, and hinges on a 1976 attempt on the life of reggae superstar Marley — identified in the book only as “The Singer”. The story is told in a cacophony of voices — from gangsters to ghosts, drug dealers to CIA agents — and in dialects ranging from American English to Jamaican patois.

Born in Jamaica in 1970 and a graduate of the University of the West Indies, the 44 year old James wrote his first novel, John Crow’s Devil and was a finalist for the Los Angeles Times Book Prize for first fiction, the Commonwealth Writers’ Prize, and was a New York Times Editors’ Choice.

“This is Jamaica” Poetry Scholarships Awarded to 10 students