Prime Minister Portia Simpson Miller has expressed sadness at the sudden passing of Roman Catholic priest, Monsignor Richard Albert. The priest, who was born in New York and made Jamaica his home for close to four decades, was one of the pioneers in facilitating various social intervention and humanitarian projects for Jamaica.

“Monsignor Albert devoted his life to the betterment and service of others. The Catholic Church has lost a true man of the people. His dedicated visionary efforts to improve the lives of the most vulnerable in our country will not be forgotten,” Simpson Miller said in a statement from the Office of the Prime Minister.
“Jamaica has lost a friend and a true servant of the people,” she added.

Monsignor Albert was best known for his work in some of Kingston’s tough inner city communities and in the adjoining parish of St. Catherine.

In 1994, he started the St Patrick’s Foundation and the Stella Maris Foundation.
And leader of the opposition Jamaica Labour Party (JLP), Andrew Holness said the late priest was “a man who gave his life to the people of Jamaica especially the poor and less fortunate”.

In a release on Tuesday, Holness said Albert had a positive impact on those he served.

“Monsignor Albert was one of the icons of Jamaica, a man who had such a positive influence that he transcended politics and the different strata of society. While his work focused on inner-city renewal and violence prevention, his influence reached far and wide,” Holness added.

He called on the government to something to honour the work and life of the Catholic Priest.

Albert came to Jamaica in 1976 to work, and eventually became a Jamaican citizen. 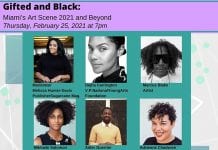 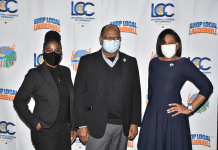 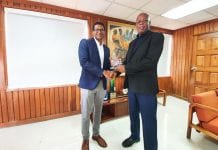