Age: 17
Hometown:
Lake Worth
Studies: Honor student at Santaluces High School
The path to a faithful life can be a winding road, but f
or Lake Worth teen Vikash Sharma, his journey has been a melodious one. As a celebrated local singer and musician of classic Indian music, Sharma has become regular fixture at local Hindu festivals and concerts, celebrated for his soaring voice and deft hand at the tabla and dholak.
“I love music,” says Sharma, who is also currently studying to become a priest like his great-grandfathers, grandfather and father, Pandit Vishnu Sharma. “The study and vibes of Indian raagas touches the emotions and awakens the silence within.”

The connection between faith and music is a natural one, as his family “has been the backbone of the Palm Beach Hindu Mandir, the first functional Hindu Mandir led by Guyanese Americans in Palm Beach County,” says Sharma. “My two brothers and I have grown up in the mandir. My dad has always been a lover of bhajans, Ghazals and filmi songs. He plays his harmonium every night before bed. [And] over the years, our family has maintained the tradition of enjoying music before bedtime…[with] a jam session involving a variety of instruments.”

But Sharma’s traditional roots haven’t curbed his innovative urge. The young artist has actively explored other genres as a percussionist and keyboardist in the School Marching band, Concert band and Jazz band at Santaluces High, where he is currently a junior. He is also experimenting with modern productions of classic Indian music, “performing old-fashion filmi songs with a more “technological” experience behind it, by using the electronic keyboards and synthesizers.”
Wherever his music and faith takes him, says Sharma, they have enabled him “to connect with my Guyanese roots. My upbringing has taught me a lot about who I am and the way of life I choose each day. Music, like spirituality, has been a part of me, it’s not what I do but defines who I am.” 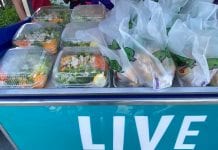 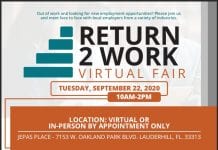