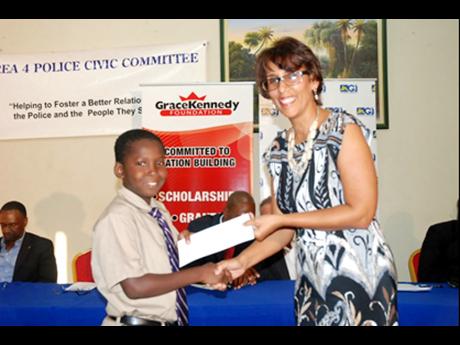 GraceKennedyLimited, one of Jamaica’s leading private sector businesses, will host four university students from the Jamaican Diaspora for a month-long professional and cultural internship.

Tianna Thomas of Brock University in Canada, Menelik Graham from Princeton University, Matthew Robinson of Georgetown University and Cleveland Douglas  of Imperial College in the United Kingdom, will participate in a July 5-August 7 program designed to immerse them in the Jamaican culture.

“A big part of the success is the support we receive from our partners. We are excited to announce that Caribbean Airlines has agreed to come on board this year as the official airline partner. This will ensure that our Birthright Interns start their cultural immersion from the minute they board the flight,” said Caroline Mahfood, Executive Director of  GraceKennedy Foundation.

The GraceKennedy Jamaican Birthright Programme is a cultural and professional internship designed to reconnect second and third generation Jamaican university students living in the USA, Canada and the UK with their Jamaican heritage.